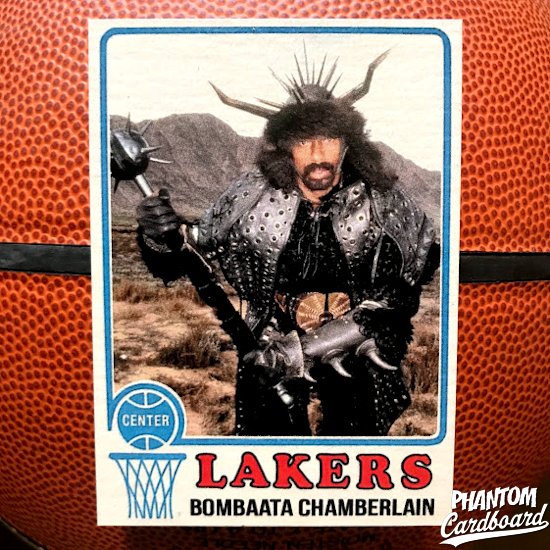 I was watching Conan the Destroyer last week and was reminded of Wilt Chamberlain’s role as "Bombaata" and it got me thinking about other athletes who have had movie roles where they played a character and not, like let's say, Brett Favre who played himself in Something about Mary. I thought it might be fun to remix the particular athlete’s card with their movie role character. These are four I’ve done so far.

Wilt’s card was the first I did. The man of 20,000 sex partners was Bombaata - the captain of the Queen’s Guard in Conan the Destroyer opposite Arnold Schwarzenegger. Since Conan the Destroyer was released 1984, 11 years after Chamberlain retired from the NBA, I decided to remix Wilt’s last regular issue  as an NBA player, the 1973-74 Topps set.

Kareem Abdul-Jabbar had two really memorable movie roles for me in The Game of Death and Airplane. 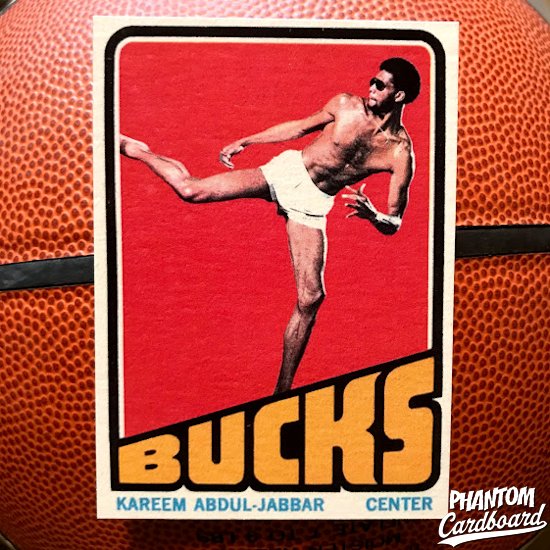 The Game of Death was the film from 1972 that was not completed due to the sudden passing of the film’s star Bruce Lee. Portions of the surviving footage was used with new material and released as Game of Death in 1978. The 7’2” Kareem (as“Hakim”) has a badass fight scene with 5’7” Bruce Lee that you might want to check out on YouTube if you’ve never seen it before.  Kareem actually studied under Lee from 1967 to 1971 in preparing for the role and became really good friends with him.

This is the 1972-73 Topps baseball design. Of the four cards this of is my favorite. I love the image, the design, the colors… everything. For me it came out perfectly with the iconic fight scene still from the movie. As you might imagine I spent A LOT of time cropping this image. 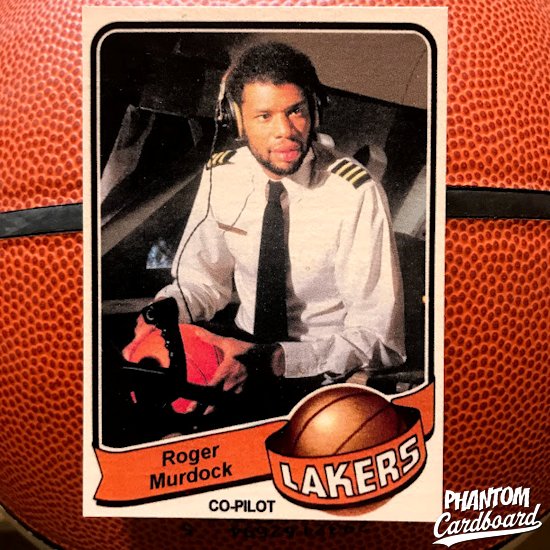 Airplane (1980) is pretty high up there in the pecking order of great slapstick comedies. In my opinion as a big basketball fan, Kareem’s scene in the cockpit is one of the movie’s best scenes. This is a remix of Kareem’s 1980-81 Topps card. 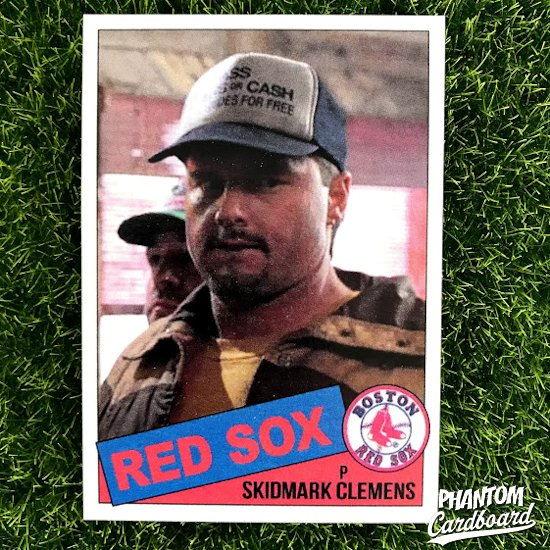 This last one I struggled with just because I had previously made the Kingpin mini-set. My consternation was do I lump it in with the Kingpin set or is it a stand alone? I decided ultimately that, as far as my cards go, it was a different genre and plus I was not using the same ‘87 style template as the Kingpin set. That set was bowling and I'm presenting this card as a baseball card.

Kingpin was released in 1996. That’s a jussst a bit outside, years-wise, of the cards I like making, hence the Kingpin mini-set utilizing a 1987 design. Since “The Rocket” was still in Beantown in 1996 I decided why not remix his rookie card?

I hope you enjoy these and I’ll look to make more of these types of cards in the future because I had a lot of fun coming up with these first four.

Posted by phantomcardboard at 6:59 PM