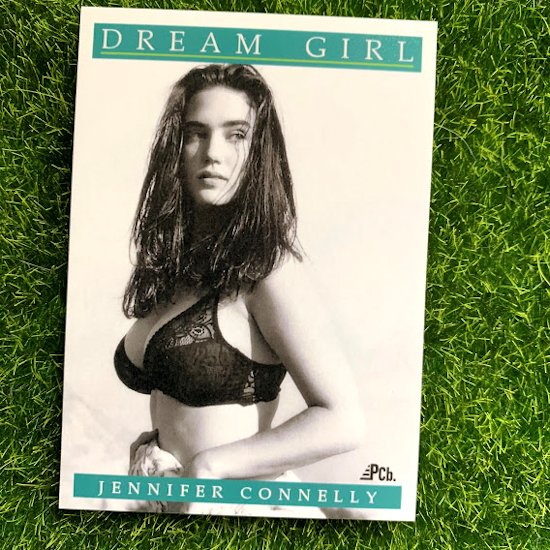 In at lucky number 13 in the ongoing Dream Girl series is the beuatiful and talented Jennifer Connelly.  The really neat thing about about Jennifer Connelly for an '80s kid is that we got to mature (debatable for me) with her film roles.  I really feel like Jennifer Connelly "one of ours" and should be, if not already, be considered a treasure for our generation.
Many us of were introduced to her in 1986 as Sarah in the fantasy tale Labyrinth.  From there it was on to fun roles like in Career Opportunities and The Rocketeer, both 1991.  The turn of the century saw Jennifer really come into her own with career defining performances in movies like Requiem for a Dream and A Beautiful Mind for which she won the Oscar for Best Actress in a Supporting Role.
Posted by phantomcardboard at 7:19 AM No comments: 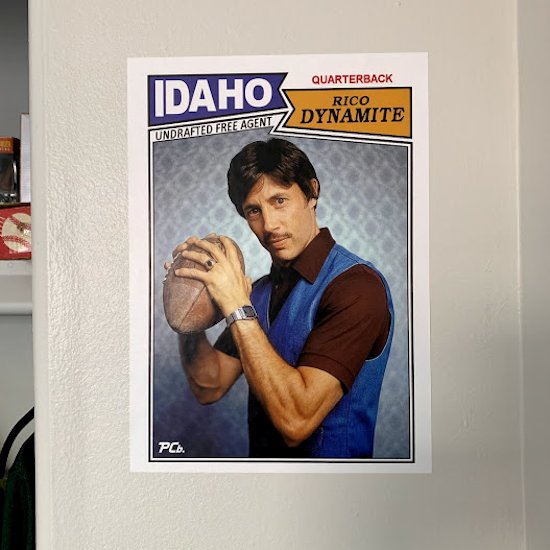 Here's a new way to spruce up your space!  What man cave couldn't use a large-sized vintage inspired custom pop-culture trading card??

These are vinyl wall decal versions of some of Phantom Cardboard's most popular custom cards.   They measure approximately 12.5" x 9".

I've chosen 5 designs to start out with and if these are something that does well I'll surely add more. 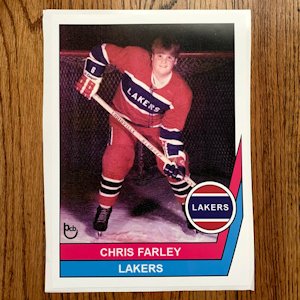 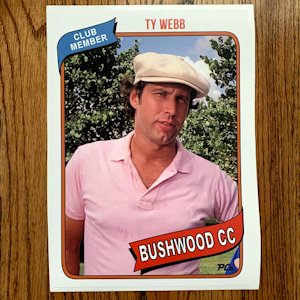 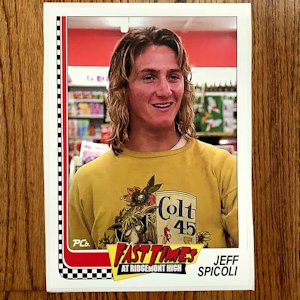 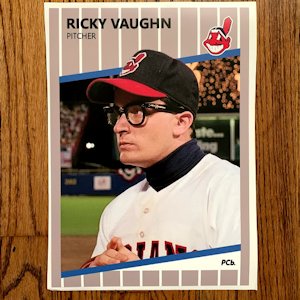 Posted by phantomcardboard at 9:58 AM No comments: