You would think that if one was making custom trading cards from movies (primarily) then The Bad News Bears would be on the shortests of short lists.  While The Bad News Bears has always been on my radar I’ve hesitated because if I were to make a set, I would want it to be in a 1976 inspired design to coincide with the movie’s year of release, and that only leaves the 1976 Topps set.  While I like the look of that particular set I’ve shied away from the base set design due to the clip-art like baseball player in the lower left of the card’s frame denoting the various player field positions.  It just seemed like it would be a real pain to recreate.  Being that back in 1976 Topps still had a monopoly on the baseball card market that was all there was to choose from, or so I thought…

From 1975 through 1979 Topps partnered with Hostess to create a package premium that gave collectors another baseball card set to chase.  For their time these cards were very popular for the simple fact it was something else to go after once they completed their 1976 Topps sets.

The cards were distributed on specially marked packages of Hostess products.  There were 150 cards in a complete set. The first 60 cards could be found individually on Twinkie packages and then again as part one of the 50 three-card panels on confections like HoHos, King Dons, Suzy Q’s and Choco-Diles.  So as you can imagine collecting all 150 required dedication and a Herculean sweet tooth.  Add to it that we’re talking pre-internet days, so there was more legwork involved in networking with other collectors.  There’s stories of ambitious collectors posting on grocery stores’ bulletin boards offering to buy the Hostess boxes (sans the treats) from shoppers.

The 1976 offering’s three bar design was similar to that of the regular Topps set but each card shared the same red, white and blue color scheme.  If it slipped your mind, 1976 was the country’s bicentennial celebration and it was red, white and blue coiffing for everything that summer and these cards were riding that patriotic wave.  They are smaller than a standard issue trading card measuring in at approximately 2.25” x 3.25” and had a dashed outer border to encourage collectors to cut them out.  The backs are pretty basic with the card number, player’s name, biographical info plus a 5-year stat snapshot (plus a lifetime line).

I took a little extra time with this set knowing how beloved this movie is.  If you’re familiar with the movie you know it’s the type of non-PC film that you could get away with 43 years ago, but would never see the light of day in 2019.  There was a remake in 2005 starring Billy Bob Thorton in the Morris Buttermaker role that I’ve never bothered to watch but I have to imagine it was not word-for-word dialog to the original. 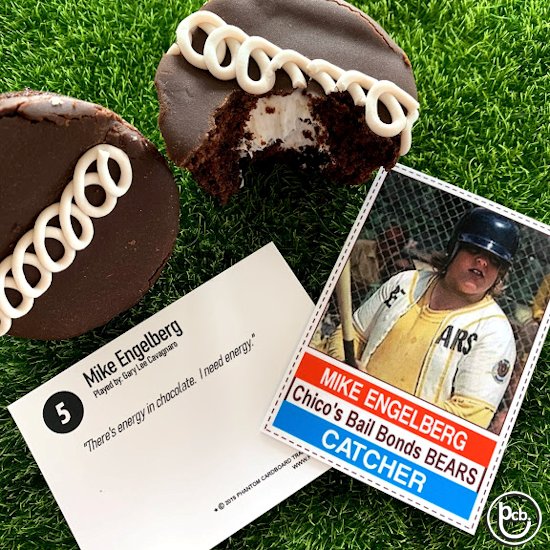 There was a lot of research done to find the right images and field positions.  I also tried my best to put these on a card stock that would be similar to that of the original cards found on the side of Hostess boxes.  I also want the card backs to have a similar look to ‘76 Hostess cards.  Instead of making up biographical information I put the name of the actor below the character’s name.  In place of statistics I went with a colorful quote for each character.  There’s cards of each of the Bears plus Roy Turner and his son Joey from the rival Yankees. 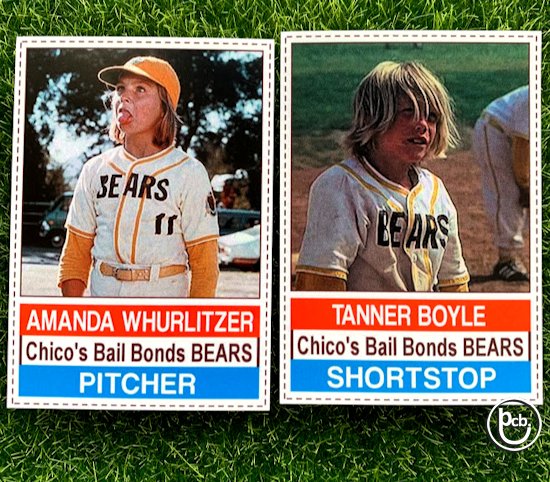 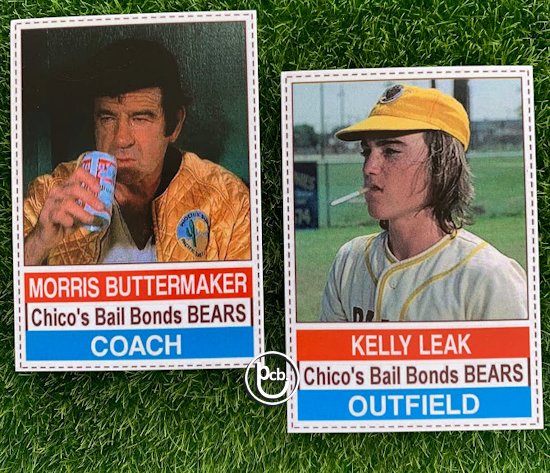 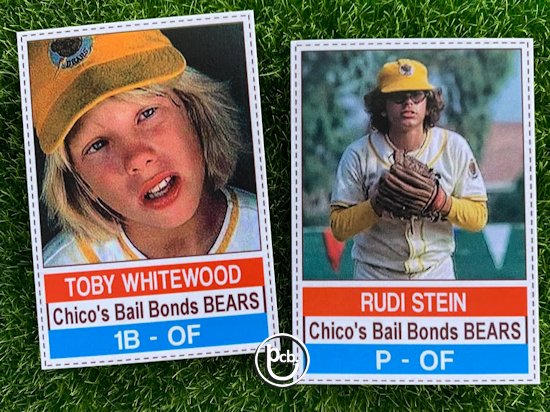 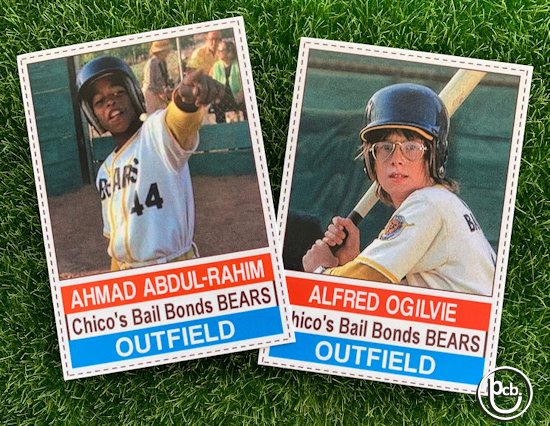 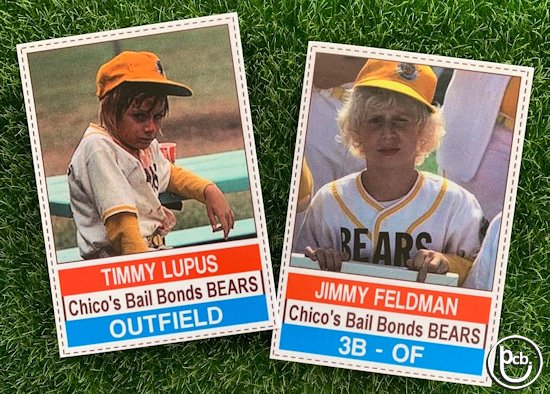 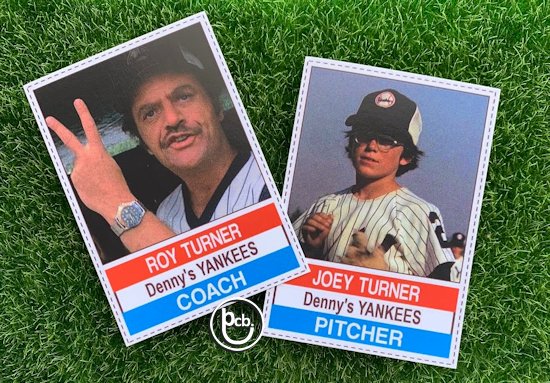