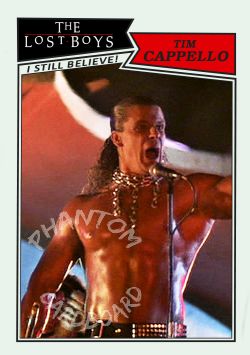 I think anyone who loves the movie The Lost Boys has an affinity for Tim Cappello, or as my friends and I used to refer to him "the greased-up buff sax player".  We weren't the only ones either; here's a direct quote from his Wiki page: "He is notable for his muscular physique, his sexually provocative movements during his performances and for his tendency to perform shirtless, with his skin oiled and with his hair in a ponytail".

Some vintage card designs I merely mask out the middle, while others I rebuild from the bottom up. This set is the latter.  Like the Predator card I did I chose to go with the movie font as opposed to trying to match the originals font.  I also included the "I Still Believe!" quote because otherwise what's the point? 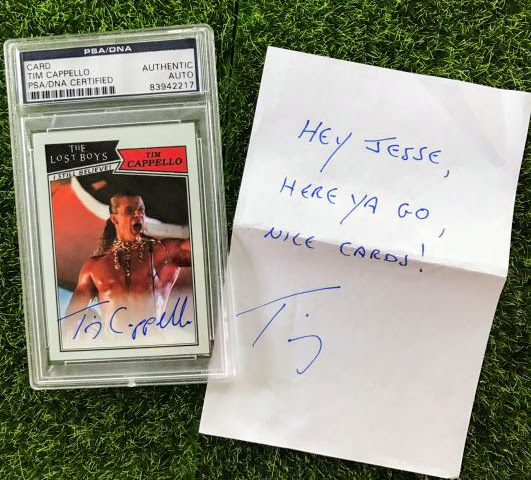 This was one of my quicker turn arounds, a mere 11 days from Mr. Cappello.

Extra:  check out these fantastic custom Lost Boys cards from Branded in the 80s!
Posted by phantomcardboard at 5:18 PM