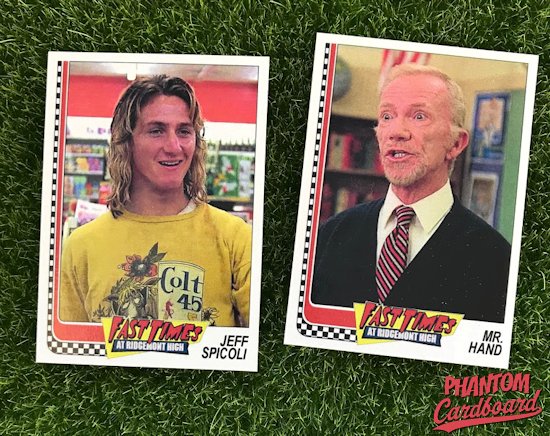 Fast Times at Ridgemont High is among the dozen or so movies that are in my top 5 favorites. It doesn't get much more '80s than Fast Times and the cast is just loaded with Hollywood heavyweights when most were just relatively unknown up-and-comers.

These cards are inspired by the 1982 Topps baseball set customized to give it a look that I could actually imagine the Fast Times cards having had an actual set been made. I started off with a "Mike Damone" and "Charles Jefferson" cards hoping to get autographs from Robert Romanus and Forest Whitaker. I had success with Romanus, still have my fingers crossed for Mr. Whitaker. From there I would just add a cast member here and there and now it's a 20 card mini-set. 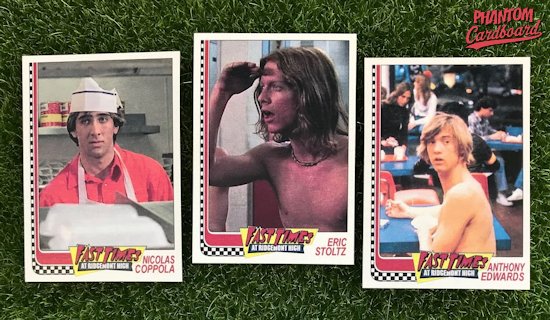 The actor's whose characters had names I put in black text. There are a number of iconic actors who played unnamed minor characters in the movie and instead of calling Eric Stoltz "Spicoli's buddy" I put his and other's actual names with the name being in red text to make the distinction. I thought that would be a particularly cool touch seeing as Nicolas Cage was billed by his real name, Nicolas Coppola, for Fast Times which was his big screen debut. 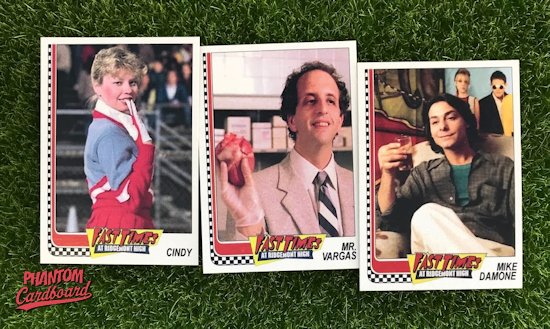 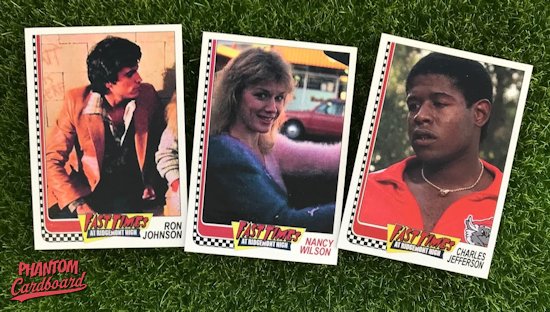 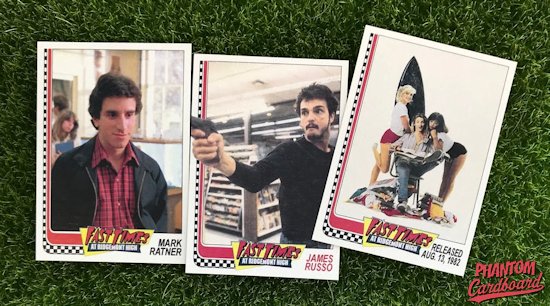 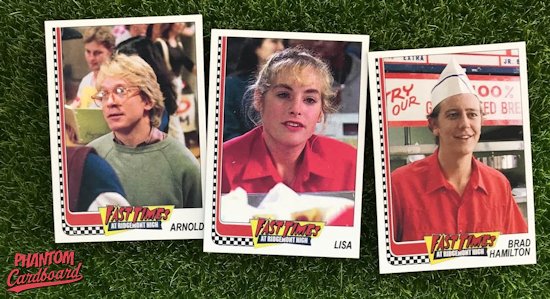 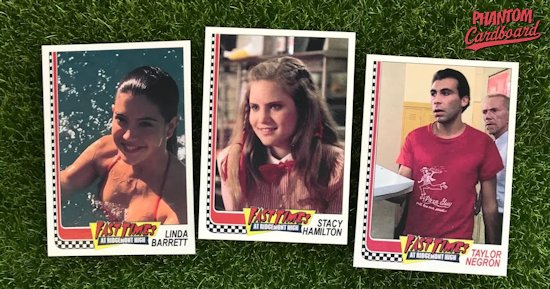 Get the set here.
Posted by phantomcardboard at 11:23 AM