Night Of The Comet 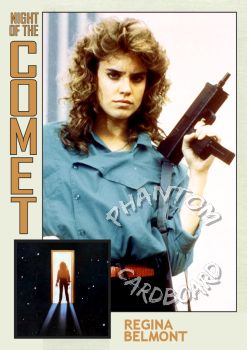 I started messing with the design of the 1984 Topps baseball set.  Then I started checking out the movies that were released in '84 to start plugging into the template.  I was pleased to be reminded that Night of the Comet, a movie I remember fondly being in HBO's rotation in the '80s, was a 1984 release.

This is one of those movies that has a strong cult following.  Actually with the popularity of The Walking Dead I'm surprised that this post-apocalyptic zombie B-flick hasn't had a big resurgence in popularity.  Or maybe it has and I'm just not up on things?  Either way, I thought it'd make for a cool card.

I chose the main heroine Regina "Reggie" Belmont who was played by Catherine Mary Stewart.  You have to admit she's looking pretty bad ass toting the Uzi.  In place of the smaller head shot in the bottom left I went with a pretty recognizable element from the original movie post.


And, here's my TTM success from Miss Stewart with the great looking vertical blue Sharpie autograph.  She was also pretty awesome in Weekend at Bernie's.  Maybe a custom of that in the future?  For sure stay tuned for some other customs using this 1984 Topps baseball design as some extremely gnarly movies I love were released that year. 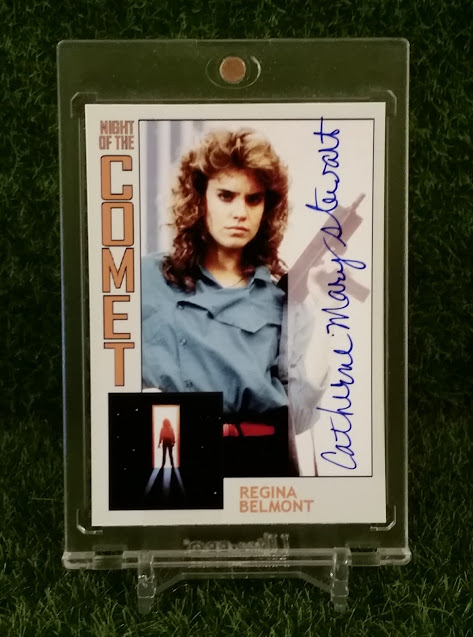 Posted by phantomcardboard at 5:30 PM