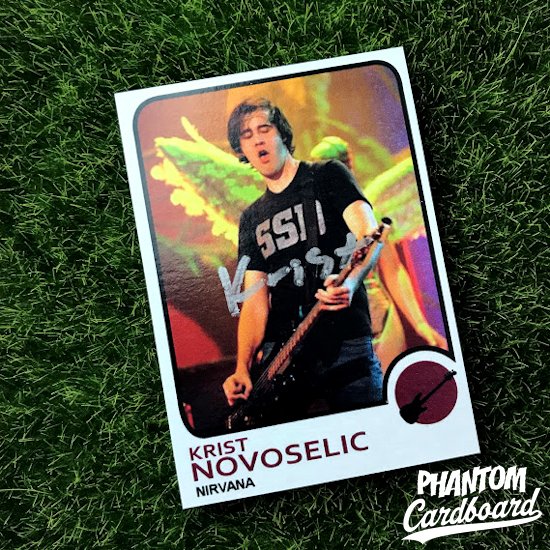 Christmas came a little early for me in the form of a TTM success yesterday from Washington state.

When I was in eight grade there was not a single day that went by that I didn't listen to either Nevermind or In Utero, usually both.  Every day, after school.  I don't know that I was angsty so much as I loved Nivana's music.  I even remember Scotch Taping photcopied pictures on a folder and writing song lyrics all over it and this burnout girl offering to buy it from me... no sale.

This card was inspired by the 1973 Topps baseball set.  It's design that is easily customizable, so I use it when I'm trying not to be really year or era specific.  It's clean and has a vintage appeal to boot.  The maroon/purpley color comes from the In Utero album cover since the picture is clearly one taken in accord with the album's release period.  I added a bass guitar clip art to the area that featured  different positional baseball player silhouettes on the original '73 cards.

Since Nirvana disbanded in 1994 follow Kurt Cobain's death Krist Novoselic has kept busying contributing his musical talents to a number of bands, as well as becoming a political and social activist.

Not only did Mr. Novoselic graciously autograph my custom cards for me be he also included a number of really great items as pictured below.  So cool! 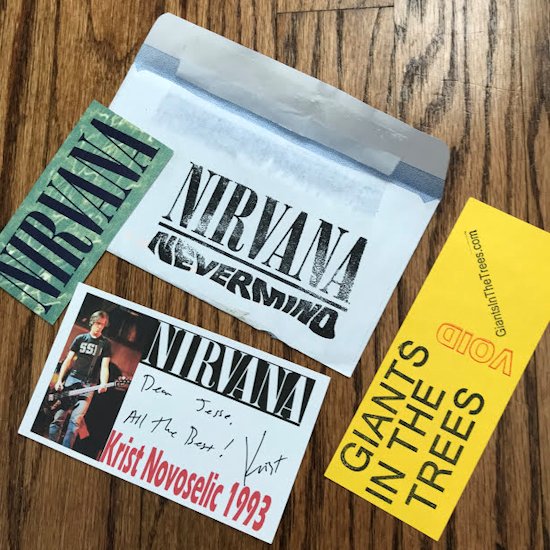 Posted by phantomcardboard at 9:14 AM