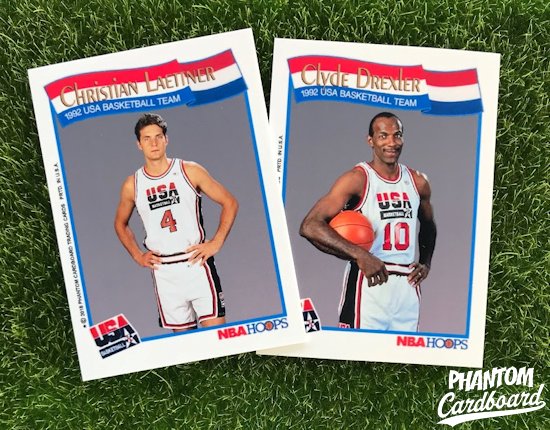 These two cards came by request in response to the Isiah Thomas Dream Team card I made.  Clyde Drexler and Christian Laettner were final two players added to the 1992 Barcelona Dream Team roster in May of 1992.  Because of their late additions the didn’t have Team USA cards in the second series of the 1991-92 NBA Hoops set.  A mail away Dream Team Drexler card was offered from as a mail away promotion.  That card was pretty rare having a reported print run of 10,000 copies which was a low number for that time.  There was no Laettner but I have to assume that was due to his then still amateur collegiate status.

Posted by phantomcardboard at 5:55 PM