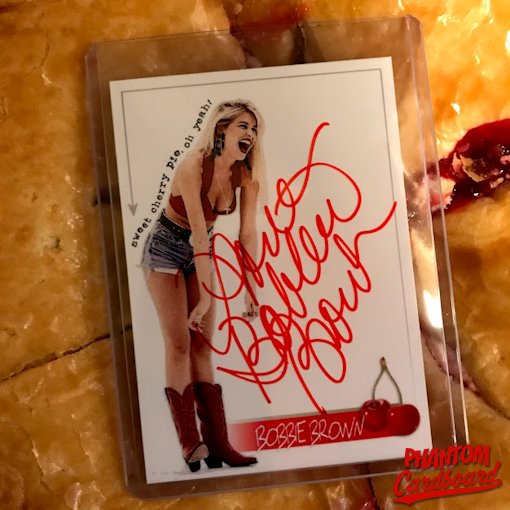 Most any red blooded American male with access to MTV in 1990 remembers Bobbie from Warrant's "Cherry Pie" video.  Bobbie was also a 13 time Star Search spokesperson competition winner as well appeared in three episodes of Married... With Children and in the the movie Last Action Hero.

The card itself is not one of my vintage inspired designs but rather just something I thought would would like as an autograph card.
Posted by phantomcardboard at 4:20 PM