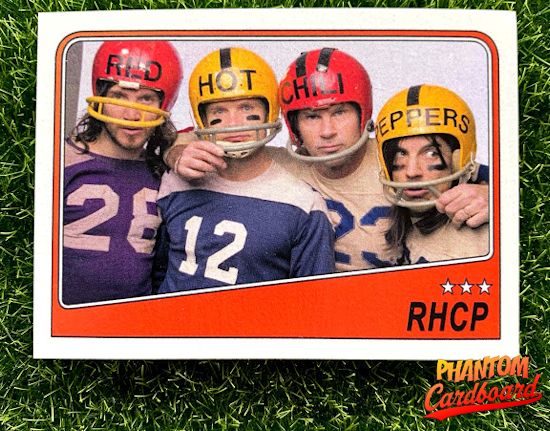 I came across this pic of the Red Hot Chili Peppers and thought it would make a fun custom football card.  The photo itself (c. 2011) is the band playing tribute to The Who’s 1974 out-takes album “Odds And Sods” album cover. 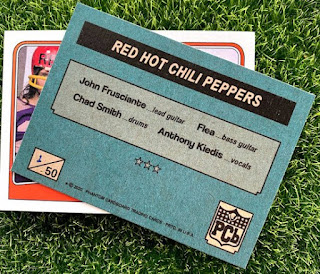 I did this one in the style of a 1988 Topps football team card.  I just like the design for nostalgia reasons, 1988 was the year that I probably busted the most football packs.


Posted by phantomcardboard at 8:10 AM