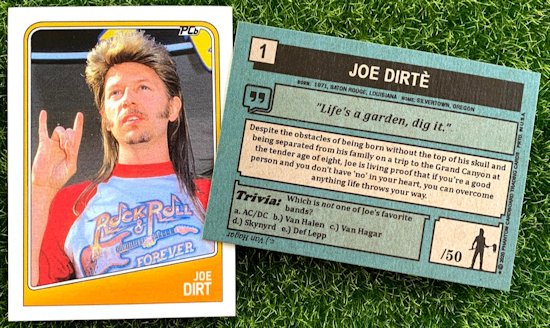 Joe Dirt is one of those late '90s / early '00s comedies that I didn't realize how much I liked.  Also, I never remember taking note of what a good message the movie has --while being cloaked in lowbrow humor. 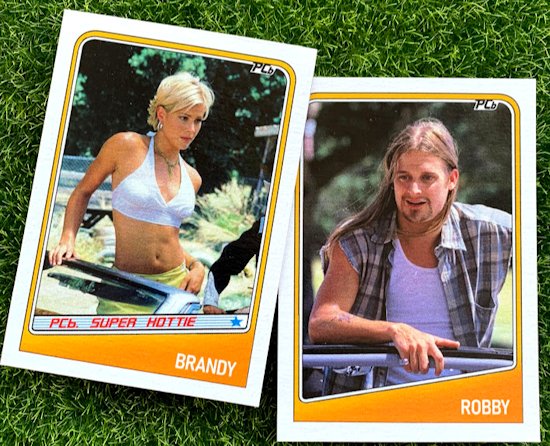 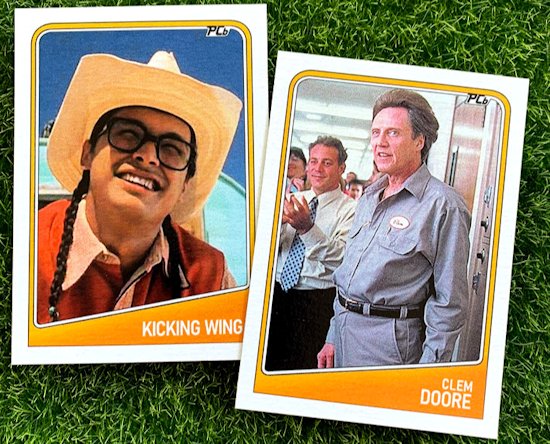 If you've read this blog in the past you might remember that my affinity for trading card design, for the most part, comes to a halt in the early '90s.  Joe Dirt came out in 2001 and I have no idea what trading cards looked like by then.  I know they were shinier with foil stamping, but that's about all I know.  So I had to choose a vintage-inspired design that I thought would be a good fit for the movie. 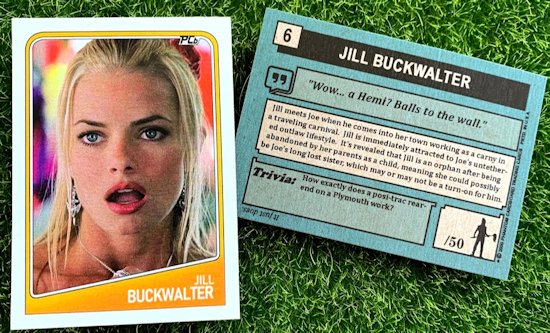 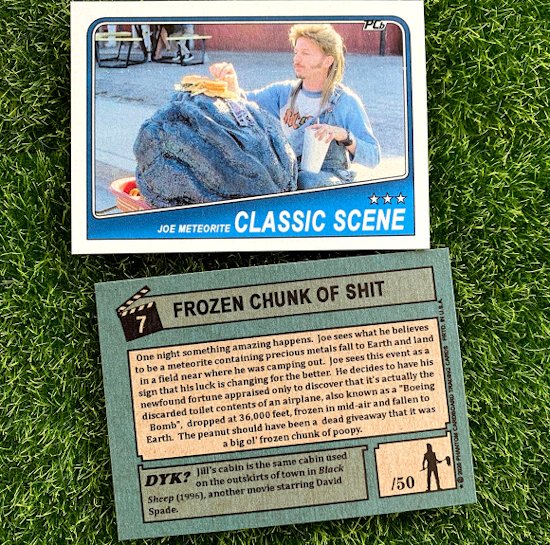 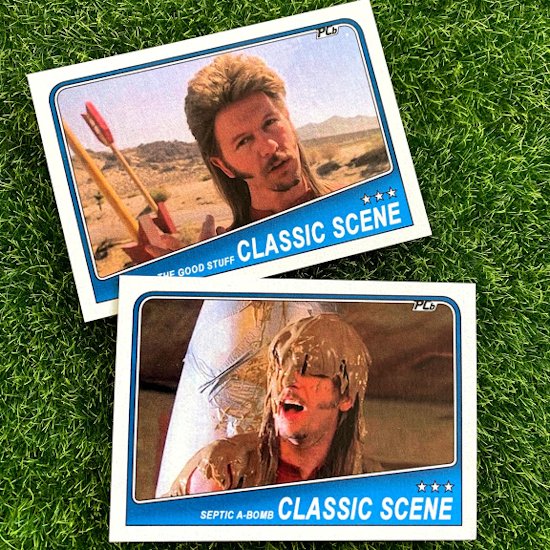 In looking at the movie's poster I noticed the Joe Dirt type logo has something of an orange gradient fade coloring which made me think of the 1988 Topps football design with its gradient color fades that coordinated with the different NFL teams.  I chose to color the frame the same as that movie poster font logo.  I did that for the 6 character cards in the mini-set and then made 3 "Classic Scene" cards with a blue gradient fade coloring to set them apart as a subset.

The card backs are inspired by the '88 Topps football card backs, but not a 1:1 match.  I freestyled a bit to pack as much into the back of these cards as possible.

I also did an additional David Spade card as a bonus card to the set. 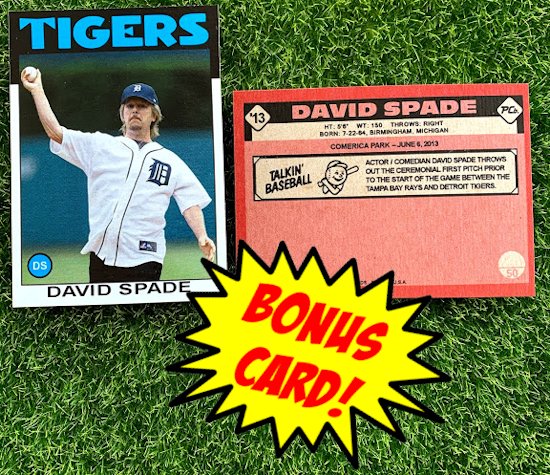 Posted by phantomcardboard at 9:28 AM