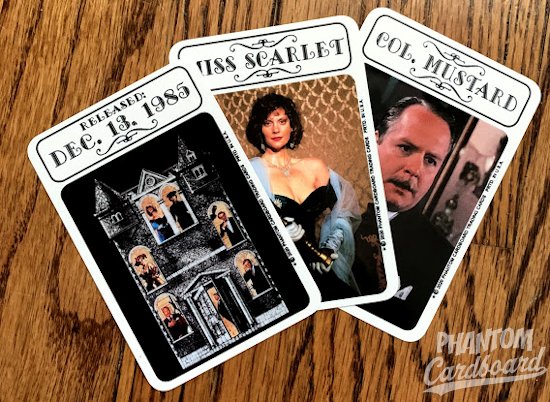 I've made a couple of Clue the movie cards characters cards just for my personal collection for autographs.  I thought a custom gaming card would make for a really unique trading card to have autographed, which I was successful with on 3 of the 4 I attempted.  I've now decided to just go ahead and make a custom card set out of them as Clue is a pretty beloved '80s movie with a great cast.

There's a number different card designs since the game was originally released back in 1949.  I chose to go with a design inspired by the look of cards released with the 1972 edition of the game because they are the ones I remember growing up.

The set is 13 cards.  A title card and 12 character cards.  The cards all have the same back to stay with the theme of being cards from a board game. 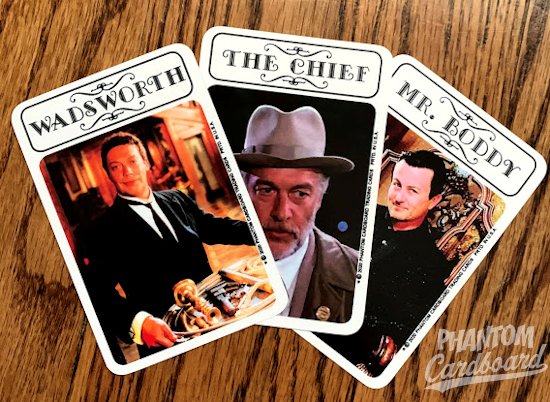 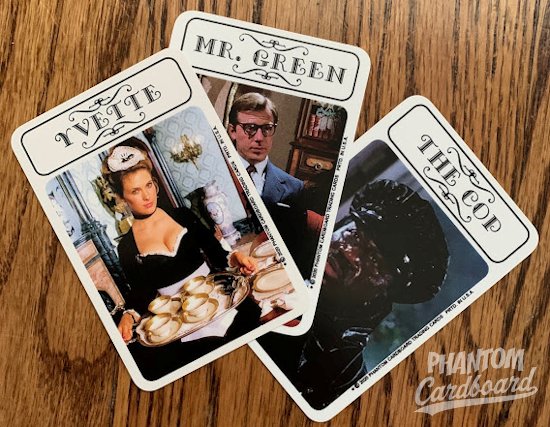 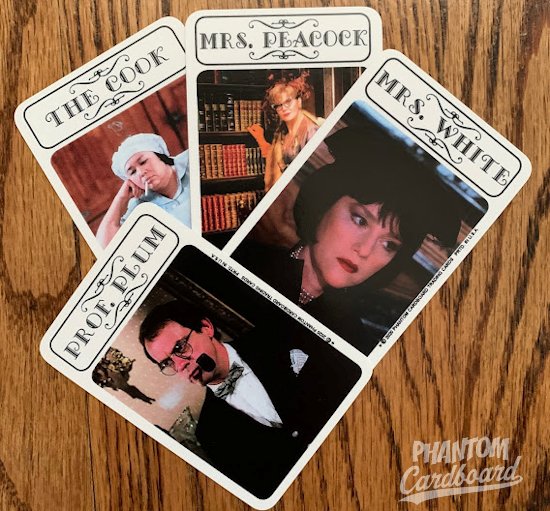 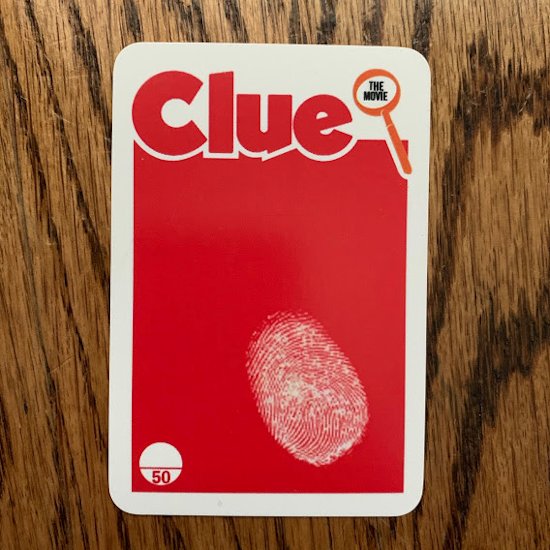 Posted by phantomcardboard at 7:28 AM