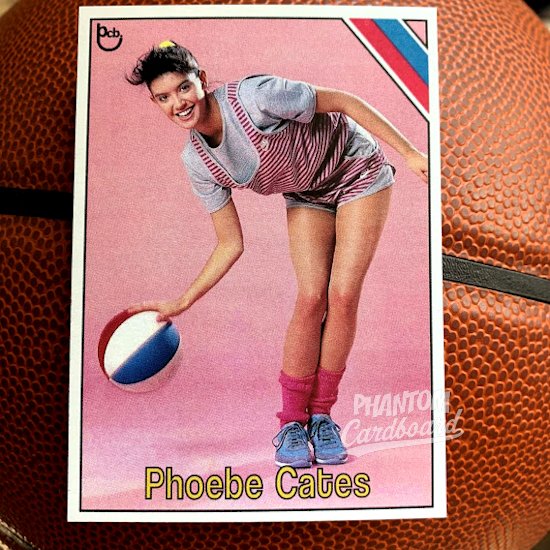 As many of the cards that I've made where I have the idea for the card already in my head are those where I come across an image and decide that it needs a custom card made out of it.  This card would be the latter.

I saw this card of an early '80s Phoebe Cates (from a catalog I believe?) and quickly knew it had to be a card.   Since Phoebe is dribbling a red, white and blue basketball that was synonymous with the now defunct ABA (Globetrotters too, I presume) I wanted to do a basketball card from the ABA's era, which was from 1967 to 1976.

I landed on a 1975-76 Topps basketball inspired design.  This was the first time I used this template.  I chose it because I felt it had the right vintage look plus it was generic enough to work when all I had to go on was an adorable Phoebe Cates dibbling a basketball.

Posted by phantomcardboard at 7:43 AM