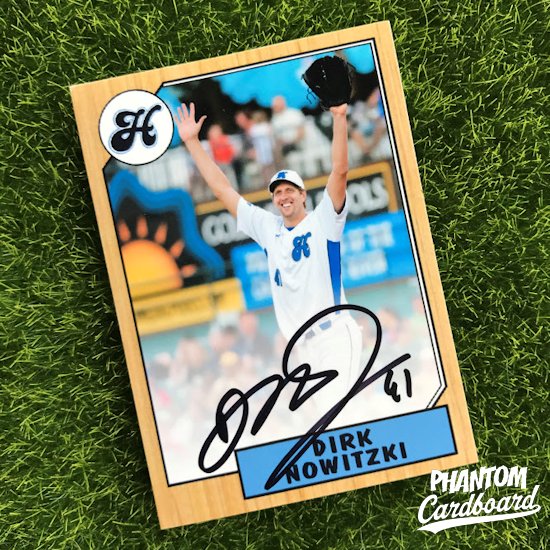 NBA Champion, league MVP, one of the all-time greats.  Dirk won my support over the years because by all accounts that I've seen or read he's a down-to-earth and humble guy.  Gotta root for that.  So this particular card is one I'm very proud to have in my collection.

I've wanted to use this design for forever, it's just that nothing really made sense to me with that wood grain outside of a baseball card.

The card is from Dirk's annual Heroes celebrity baseball game which he's been hosting since 2001 befitting charity.  While not '80s nostalgia I thought the '87 design would work nicely and give me a chance to finally the wood grained design.  I've used it since, but the Dirk card was the first one.
Posted by phantomcardboard at 6:48 PM