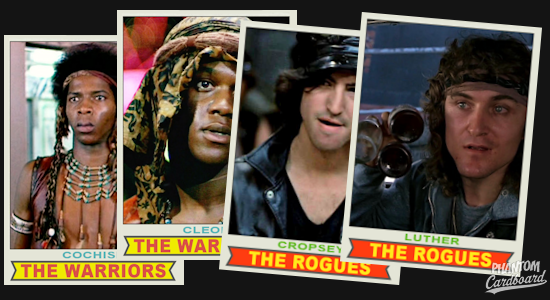 I don't remember at exactly what age I first saw The Warriors, but I do know that I knew instantly that it was the type of movie I dug.  I'm definitely a 'cult classic' movie guy.

These cards were some of the earlier customs I did.  I was telling a guy I worked with about my custom cards that I'd started making and he suggested doing one of the Baseball Furies, and it was kind of a "duh" moment.  Of course that would make a kick ass baseball card.  They're done in the style of the 1979 Topps to coincide with the movie's release.  It was a good template for me to recreate at the time because it was not all that complicated. 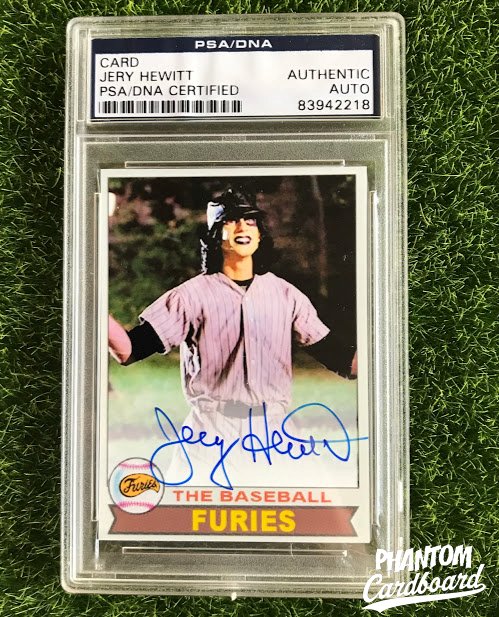 I was super excited to get Mr. Hewitt's card back in short time.  But, why stop at the Furies?  Here's a look at my other through the mail successes from this set so far. 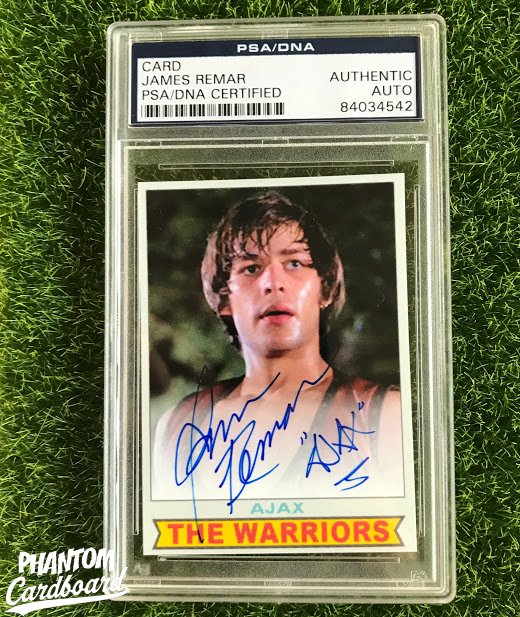 I actually got a chance to meet James Remar at the 2017 Motor City Comic-Con.  He was really kind to me and even threw in an additional signed "Ajax" picture because he liked my card. 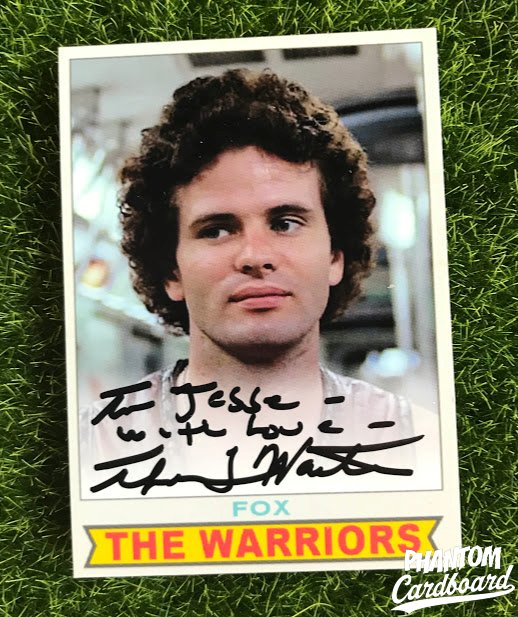 Thomas G. Waites has an acting school in New York and is super kind and appreciative of his fan. 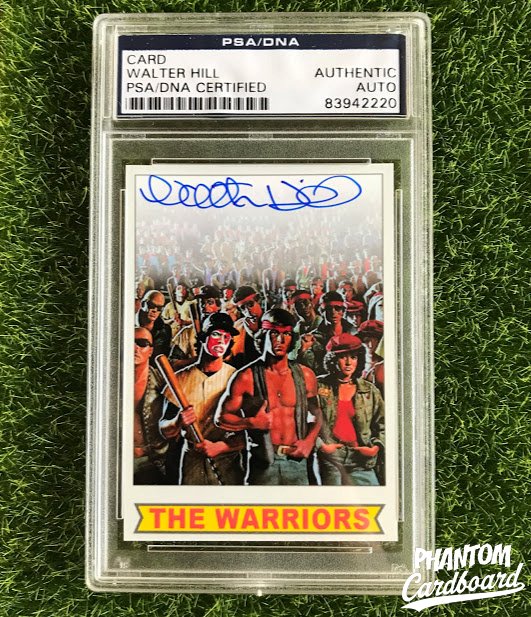 For director Walter Hill's card I used the movie's poster.  I've expressed my affection for vintage poster art in previous posts and The Warriors movie poster is right up there with the best for me. 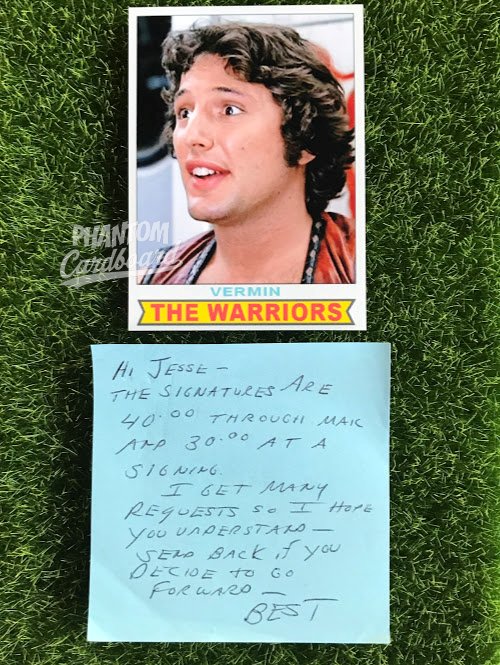 This is what I got back from Terry Michos -- who is now a newscaster in Wappingers Falls, New York.  Now I'm not really one to try and put someone "on blast", but I just found this to be pretty lame.  So, he can completely fill up a Post-It with his fee schedule but can't simply sign his name to a card for my personal collection even when supplied the Sharpie, a self-addressed stamped envelope and a free card for himself?  Not to mention he wants ...$40?  The Warriors is really the only acting role of note for Mr. Michos. I think think he could have done better than this for a fan.

Before too long I want to revisit these cards and add more from the movie's other gangs.
Posted by phantomcardboard at 5:04 PM