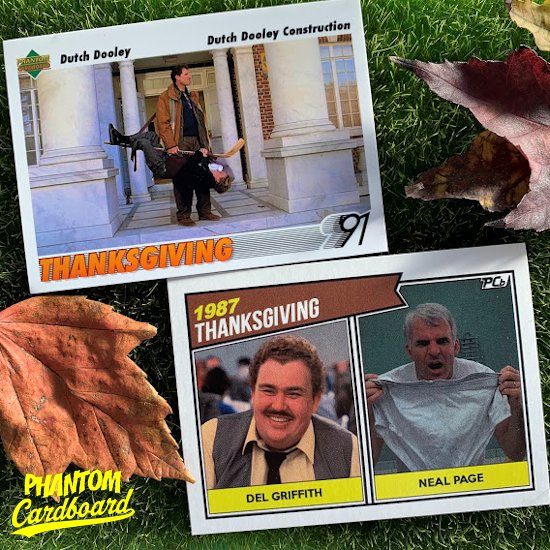 Last year when I made this commemorative Halloween 1984 card I wanted to follow it up with a Thanksgiving card, but I guess I ran out of time.
The Dutch Dooley card is the card I had in mind.  It's a hockey card playing on the scene where Ed O'Neill brings Ethan Embry out of his boarding school gagged and bound to a hockey stock.
My only intention was to make the Dutch card.  But, it didn't feel right to stop there.  You see our family's tradition is to watch BOTH Dutch and Planes, Trains And Automobiles on Thanksgiving.  Put it this way, if I don't watch them both might as well not even have the turkey.  It would be like leaving the house with one shoe on, it just wouldn't feel right.
I year matched both movies with the card designs.  So, Dutch in 1991-92 Upper Deck hockey inspired frame (a PCb. first) and PT&A in a 1987 Topps inspired design. 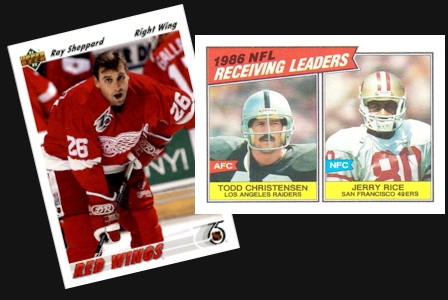 My goal with the Planes, Trains card was a design where I could put both Del and Neal on the same card.  So for them I went with the league leaders design that I also used for the Over the Top card.  They're both deserving of their own cards but I wanted to keep it to two commemorative Thanksgiving cards total.  Plains, Trains is actually deserving of it's own custom set and PCb. could use more John Candy representation.  Maybe a future project? 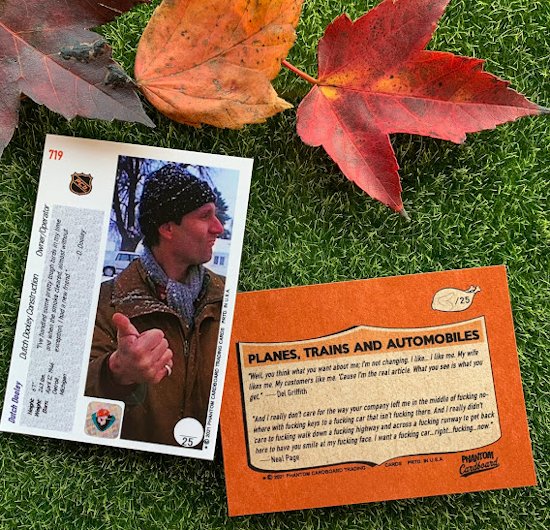 Posted by phantomcardboard at 11:43 AM