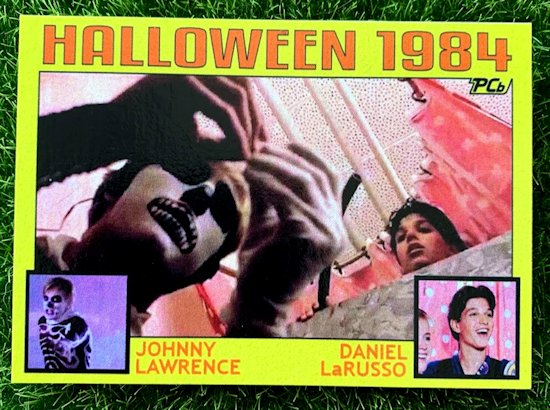 It's been awhile since I've done a Karate Kid card, so I was kind of jones'n. I've also been thinking all year about doing some limited Halloween themed cards.  The problem with that is that I procrastinated thinking month-by-month that "ahh, I've got plenty of time".  Well, here we are in October.  Oh, well.  Maybe next year.

This card is based on the 1984 Topps baseball set with some obvious liberties taken to achieve a more Halloweenish look.

The timing of this card is pretty good as well with the trailer for the third season of Cobra Kai have just been released that will surely keep all of us fans buzzing until January when it finally comes out.

This card is a special limited release.  I've dialed the print run back to 31 from the normal 50 and it will be retired at midnight on October 31st. 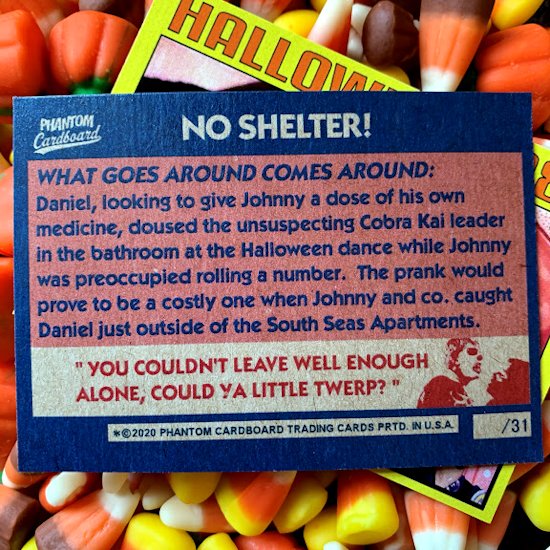 Posted by phantomcardboard at 8:24 AM