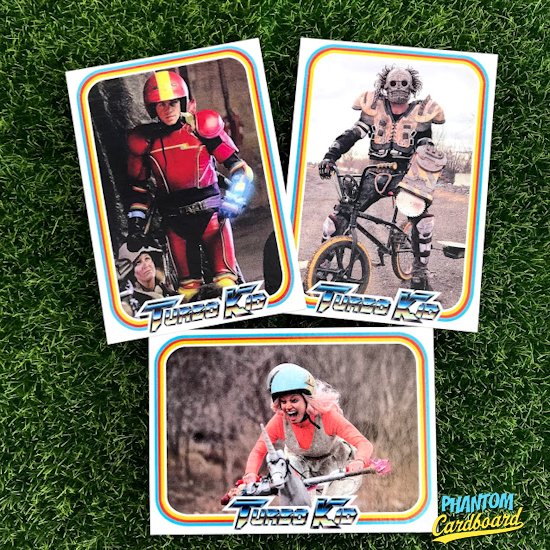 The Turbo Kid (2015) is a movie that slipped past my radar until about a year ago. That’s not saying a whole lot as I usually shy away from new movies all together unless there’s some extenuating special interest. Turbo Kid is a little different though. The movie comes off as an ode to over-the-top ‘80s post apocalyptic/action movie trope. Think Mad Max on bicycles if you’ve never seen it. 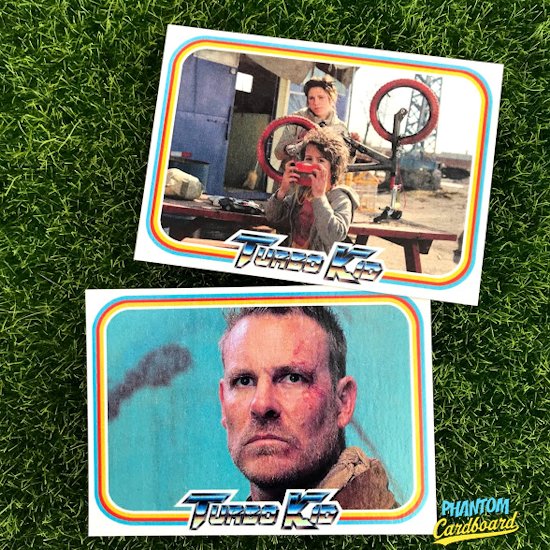 At first when I came across the movie poster online I thought it was a kick ass ‘80s movie that I somehow didn’t know about. When I got my hands on a copy (booted onto VHS, of course) I couldn’t have been more pleasantly surprised. There’s BMX bikes, a weapon that is a dead ringer for the cult iconic Nintendo Power Glove, larger-than-life characters and some pretty rad campy gore. It’s the movie anyone around my age would have wanted to make when we were ten.

This mini-set is inspired by the 1984 Donruss BMX card set. I didn’t have any of these cards back then. Never seen them until the Internet was a thing. I would have collected them though in lieu of having a cool bike. Growing up I never had one of the hot brand name bikes. Simply put, my parents couldn’t afford a Haro, Mongoose or Diamondback. I envied the kids who had one. I don’t know if it’s that way today, but back in the ‘80s those bikes were the equivalent of a cool car when you’re of driver’s license age. They were a status symbol. I had to settle for a Huffy. No mags, no pegs. Although I was able to sometimes fool kids telling them my bike was indeed a Haro because I took any and all badging off that would identify it otherwise.

For me this card set lent perfect to Turbo Kid. The red, white and blue round border just needed to be tweaked to the blue, red and yellow Turbo Rider color scheme that is present throughout the movie and with its promotional material. The old Donruss movie or TV show card sets were mostly captionless, which is fine. The images speak for themselves. I originally wanted this to be a 9 card mini-set to look nice in a 9-pocket card sheet but there were just too many images that I wanted as part of the set. I narrowed it to 13, but it could have easily been more. 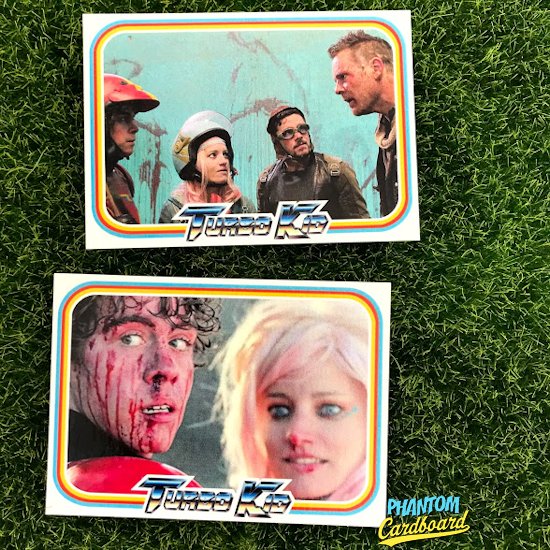 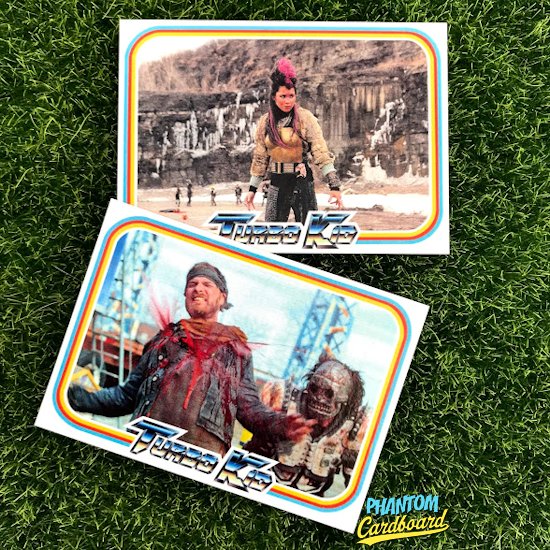 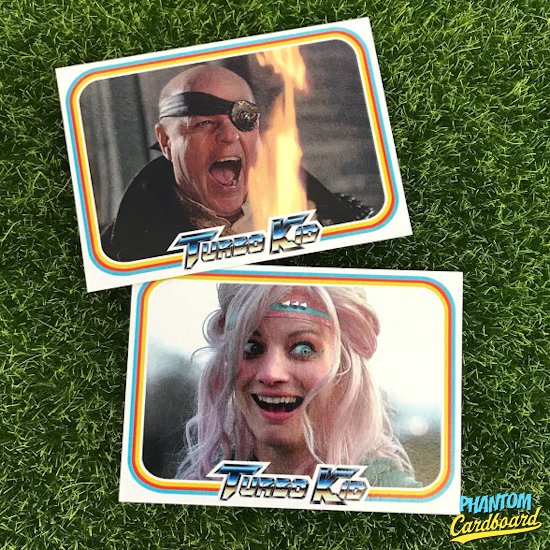 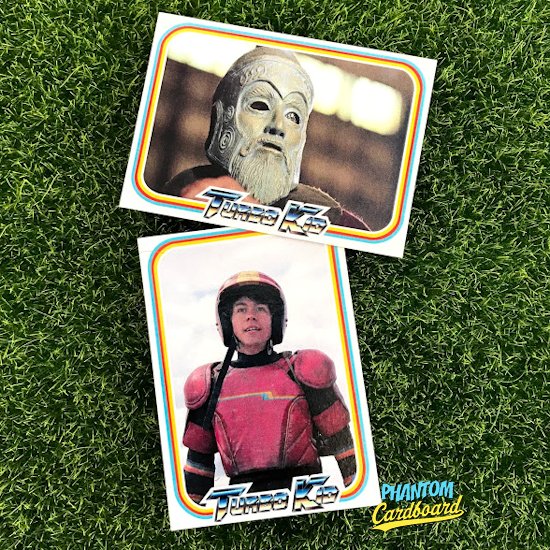 Posted by phantomcardboard at 7:20 PM