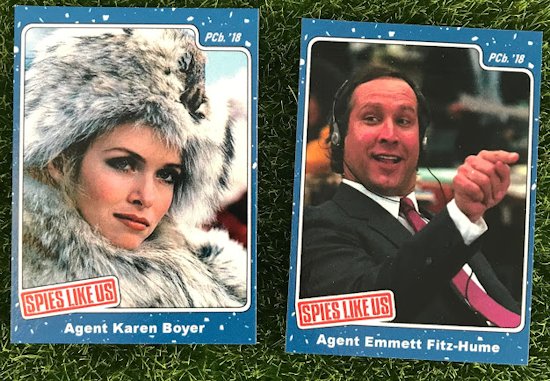 I know it may seem like I’m a mission to make trading cards from Chevy Chase’s complete movie library.  That is not the intention.  I’m not saying it won’t eventually come to pass, it’s just not the intention.  I guess I never knew what a big Chevy slappy I actually am.

The inspiration for a Spies Like Us card set came from a Throwback Thursday post Vanessa Angel shared on her Instagram feed recently.  It was a clip of the scene in the movie where Chevy, Dan Aykroyd, and Donna Dixon first stumble upon the Russian rocket crew and are spying on Vanessa as she steps out of her tent for a scantily clad stretch.  If you got a chance to read my last post that scene is one of those that I vividly remember seeing as a kid and just thinking “wowwwww”.  Back before the internet movie scenes like that were as good as it got for a young boy.

I wanted to make a card of that scene specifically, but I figured why stop at a card?  Why not a mini-set?  That meant I had to go back and rewatch the movie.  That’s one of the best parts of the cards I make; getting to rediscover movies I love but maybe haven’t seen in a number of years.  Spies Like Us, in my opinion, stands the test of time.  You really can’t put Chevy Chase and Dan Aykroyd together and not get an entertaining comedy.

For the cards I initially thought of a 1985 Fleer baseball inspired design.  While I was sourcing images for the cards I came across a scan of some German lobby cards from the movie.

Lobby cards are like mini posters (typically 11” x 14”) that promote a movie.  They were printed on card stock and were typically in sets of eight with each one displaying a different key movie scene and usually displayed in the lobby of a theater, or distributed to moviegoers.  Lobby cards are rarely if ever produced for movies these days.

When I saw the lobby cards it shifted my thinking from the 1985 Fleer baseball to a mash-up of the lobby card design and the 1985 Star Co. basketball design which I felt would work better since they already shared some design similarities. 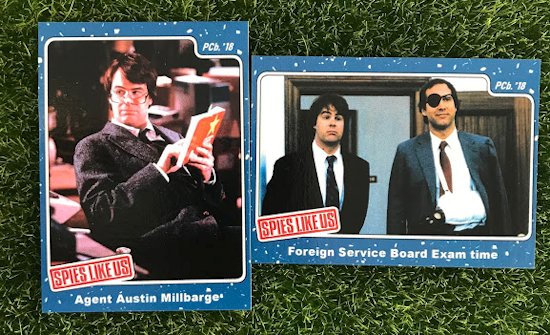 At 20 cards this set is about a quarter of the number of cards usually used by Topps for a movie card set.  With that being said, it’s not nearly as scene-by-scene comprehensive as an 80+ card set would be but I feel like I included some of the more memorable scenes of the movie in sequence.  One of the funnest parts of this labor of love, as with my other larger mini-sets (oxymoron much?) was not just watching the movie but studying it for the correct verbiage that I felt a any big fan of the movie would appreciate. 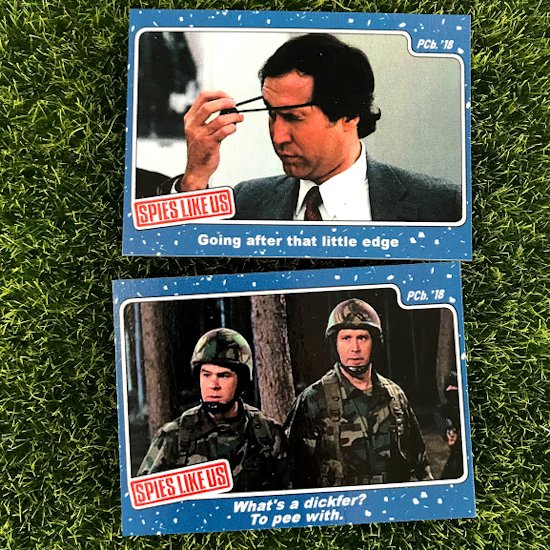 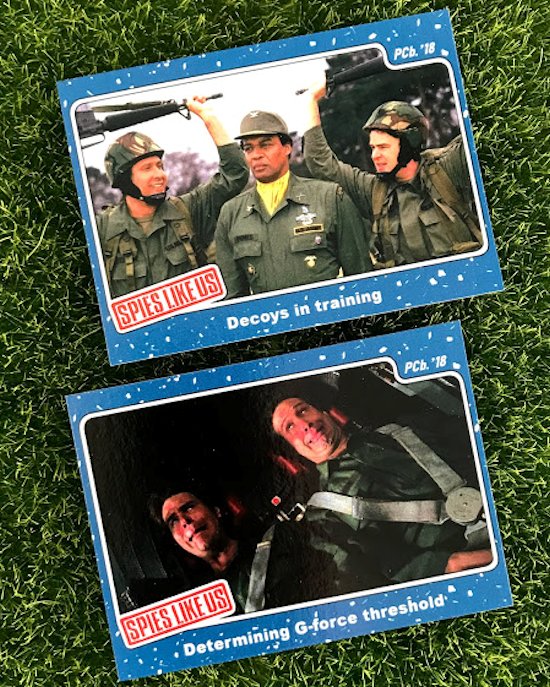 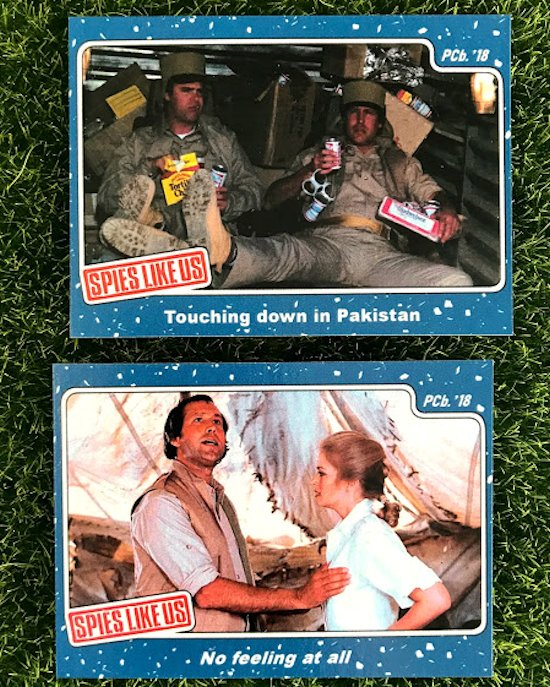 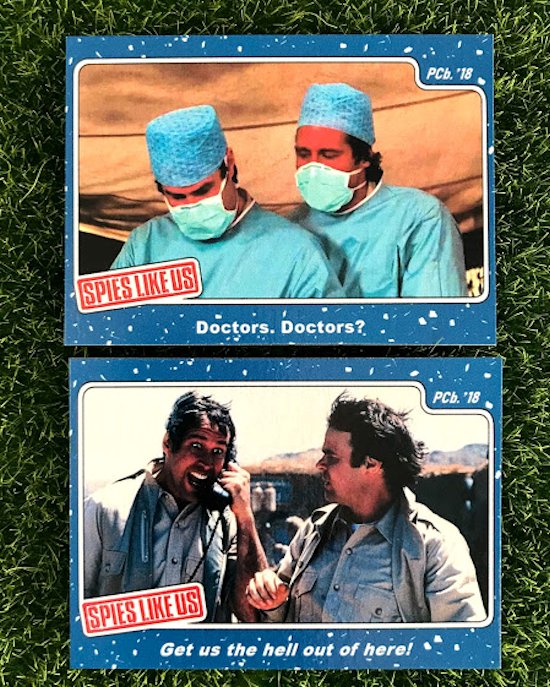 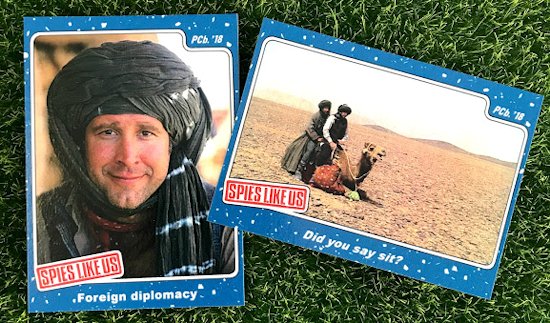 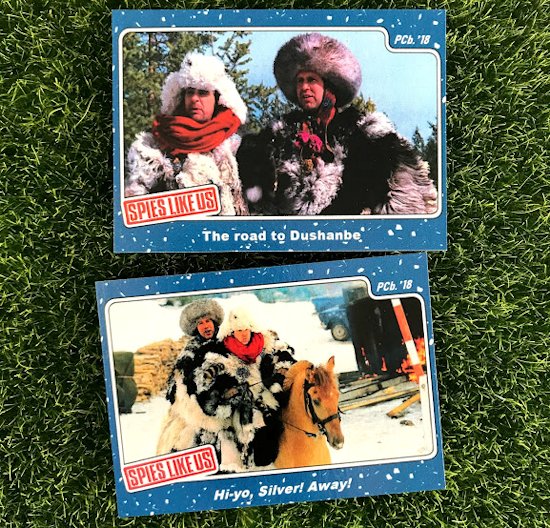 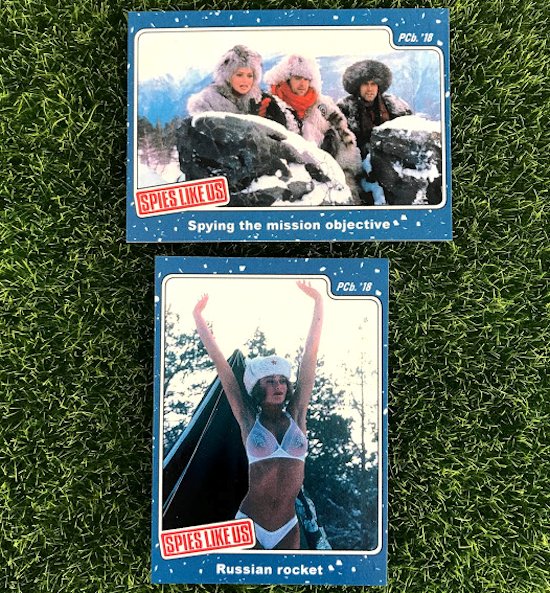 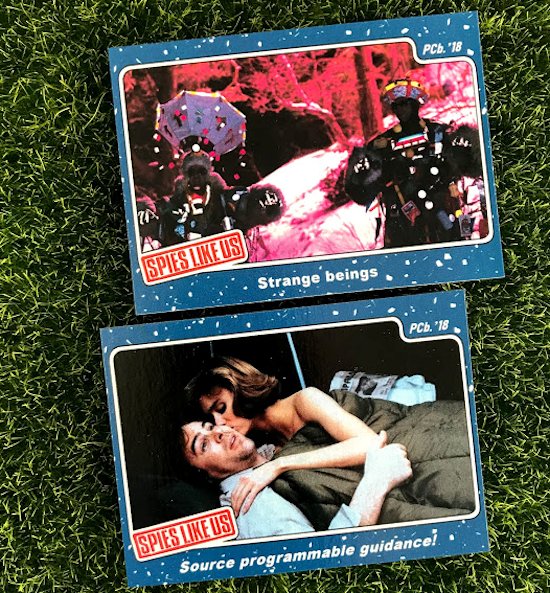 Posted by phantomcardboard at 1:46 PM