When it's October it's standard operating procedure to watch horror movies.  This past October was no exception.  I did the regulars; Freddy, Jason, and Michael.  I also added Link to the VHS queue.  Sure, Link isn't your typical slasher horror movie, more of a suspense type of horror; add in a maniacal ape.  Plus, you hardly need a reason to watch a movie starring Elisabeth Shue and General Zod.

Link is a movie I've known about for many years thanks to my lifelong crush on Elisabeth Shue.  But, I only viewed it for the first time maybe three years ago, and several times since.  I'd watch the movie even if it didn't have the gratuitous Elisabeth Shue bathroom scene, but that certainly only adds to it's watchability. 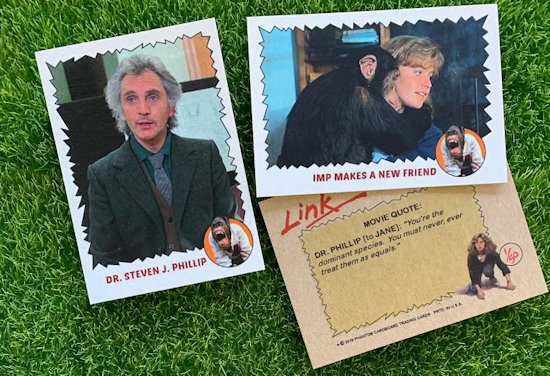 While I was watching I thought a Link trading card set could be pretty cool and unique but I doubted I would be able to make one assuming there would be a lack of quality images available being that Link is a bit obscure.  To my pleasant surprise my assumption made an ass out of you and me.  Well, maybe just me, you had nothing to do with it.  I found a decent number of photos online and the only thing left was to commit them to cardboard.

Most of my cards you'll notice have a sports card influence to them.  I wanted this set to have a 100% non-sports card feel.  I couldn't really find any card set from 1986 --the movie's release year-- to match what I had in mind.  So, I went would a non-sports design that was inspired by a look that Topps used at least twice that I can recall.  Once was with the 1979 Incredible Hulk set and the other was the 1984 Gremlins set. 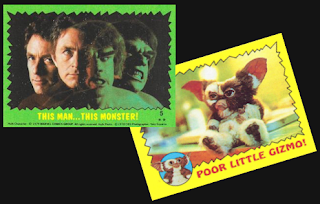 A lot of time and effort went into this and I'm super pumped with the end result.  I think of all the sets I've done this one is right up there as far as being able to pass as an actual vintage set.  A true "phantom" of a card set.

I think the jagged border fits great plus the little link cameo in the lower corner.  I'm just as proud of the card back.  I used sort of a inverse design of the front of the cards and then researched fun facts and quotes to complete the cards.

There are 17 numbered cards and to top it off there's a card sized sticker to really give it that vintage non-sports set finishing touch. 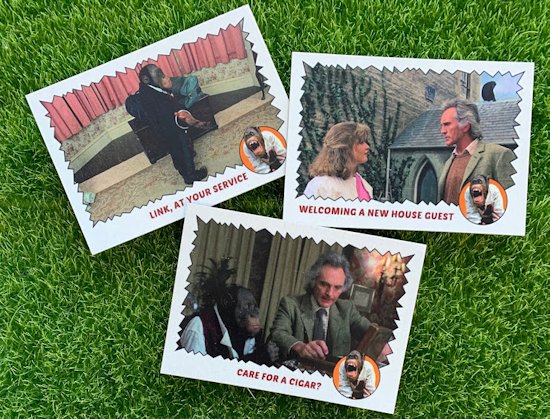 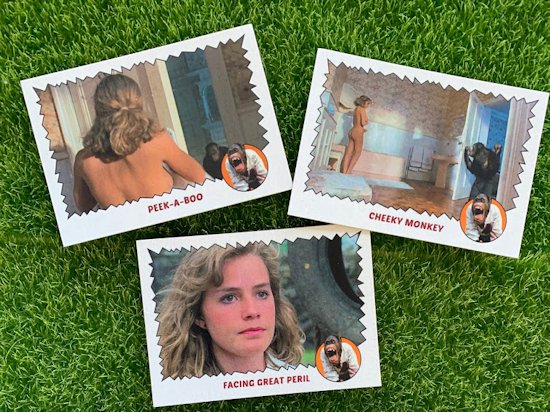 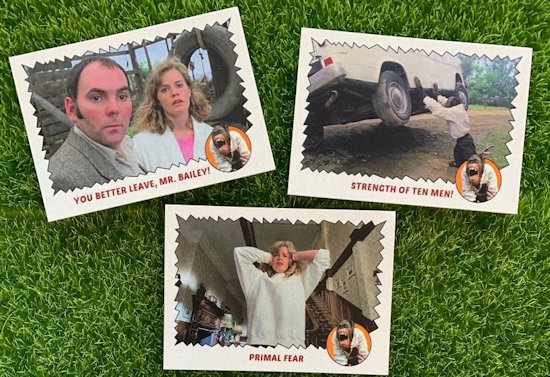 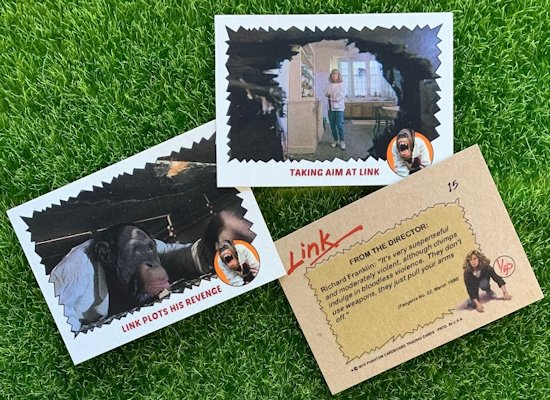 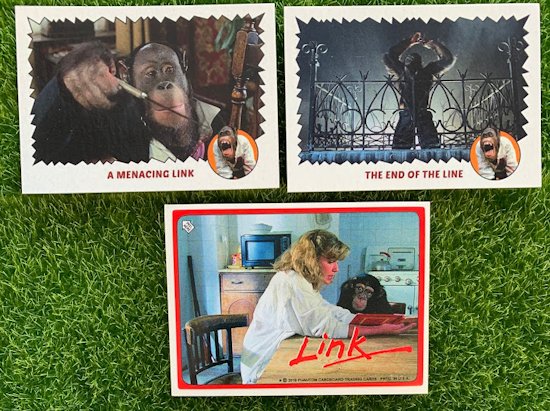 Posted by phantomcardboard at 9:45 AM