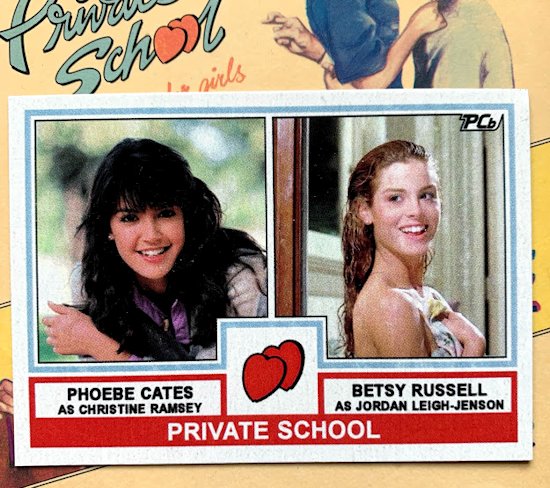 Suffice to say the quarantine sees me with extra time to watch movies.  With that being said I'll be rolling out some cards I've made from movies on my 'quarantine watch list'.

First up is this card from 1983's Private School.  Sex comedies from the 1980's are pure gold, and this one is no exception.  This was actually a first time watch for me.  This movie has a classic 80's cast.  Phoebe Cates, Betsy Russell, Matthew Modine and Ray Walston are among those starring in this one. 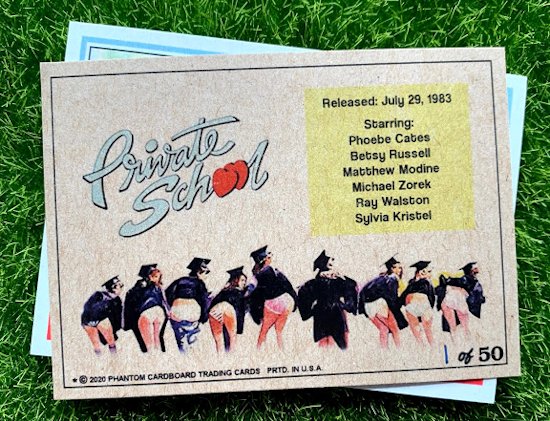 While I wanted to make cards of the movie I could really see a mini-set coming out of it.  I mainly want to make cards of Phoebe Cates and get a Betsy Russell card into the PCb. catalog.  I don't know this for a fact but I'd be willing to say that this movie was a vehicle for Phoebe Cates, being it comes out on the heels of Fast Times,  but, for me at least, Betsy Russell hijacked this one.  While Phoebe was her adorable self it was Betsy Russell's presence that commanded the most attention.

I decided on 1983 Topps baseball for a design inspiration.  While originally I thought about a card each for Phoebe and Betsy I decided to instead have them share a card in a recreation of the '83 set's team leader cards.
. 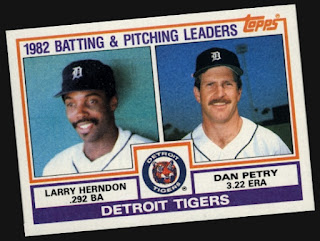 Posted by phantomcardboard at 7:52 AM