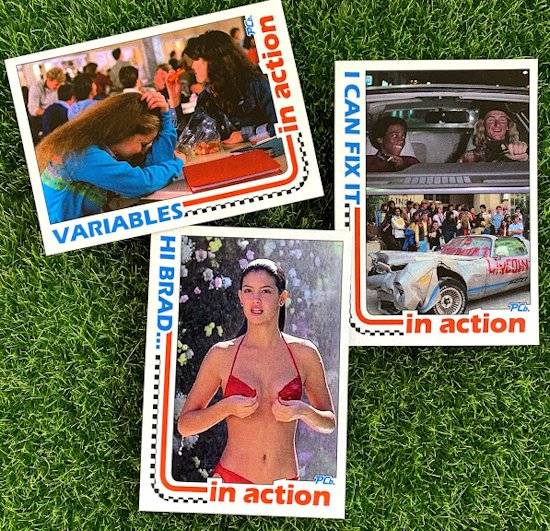 With the succession of Fast Times cast member's birthdays that are in July and August as well as the 38th anniversary of the film's release that just passed on August 13th it got me thinking of the movie which happens to be in my top 5 favorite movies.  The 20 card Fast Times mini-set I made back in 2018 is still one of my favorites.  I love the look of the 1982 Topps baseball inspired design and Fast Times at Ridgemont High is just soooo good, especially for anyone with a fondness for the 1980s.

Being in the Fast Times mood that I was in I decided to pop in my copy of the movie and enjoy it for the umpteen-millionth time.  I've always enjoyed the movie from the awkward coming-of-age comedic aspect of things, but this time I was watching it a little differently.  The movie is so well done from the standpoint of really feeling like you lived this high school year with these characters.  You had some just coming into high school trying to figure it out, some in the hazy middle years and others at the end of their journey with "real life" about to bear down on them.  The casting is so crazy when you are able to look at how all of these unknowns, at the time, went on to be important players in Hollywood for years to come.  There's not another movie cast that can boast the same level of career success.  It really is a special movie for so many reasons. 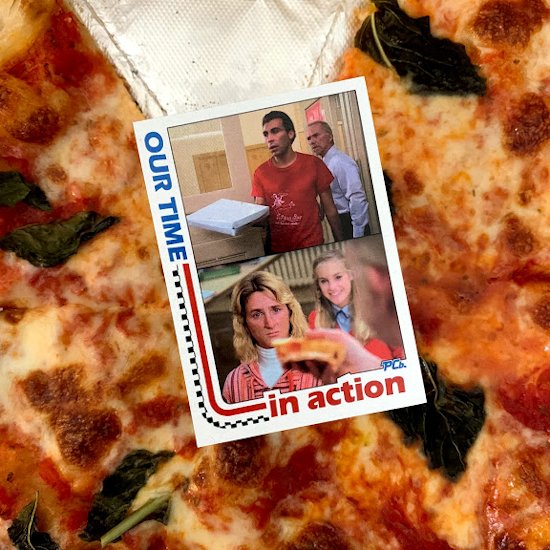 While my first Fast Times mini-set focused on making character cards that spanned that unforgettable cast, I had a thought about making a follow-up set highlighting some of the most classic scenes in a 1982 Topps kind of way.

I guess you could consider the first set the "base cards" and this second set the special "subset" cards.  I took my ques from the "In Action", "Future Stars", "All-Star" and "Team Leaders" cards from the set. 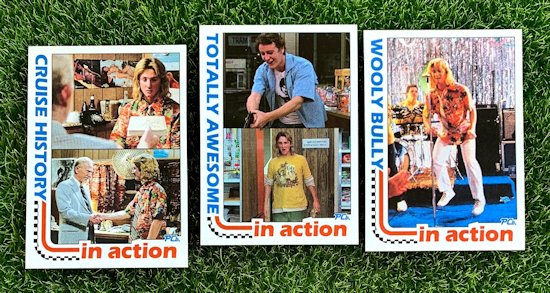 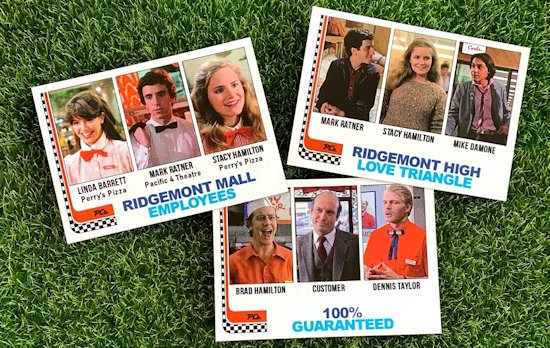 I made the Spirit Bunnies card for two main reasons, one, I wanted to use the Ridgemont Wolf logo on a card, and that was my chance as that's the only cards that had team logos in Topps' 1982 baseball offering.  Two, I wanted to get Pamela Springsteen on a card.  She's The Bosses sister and also she's notable for her role in the '80s slasher classics Sleepaway Camp II & Sleepaway Camp III.

Rounding out the 14 card follow-up set is a Brad Hamilton "Manager" card in the style of the "All-Star" subset.  Brad is the character I related to the most in the film.  I spent my high school career focused on working and having a cool car.  Looking back I would have done it differently and not let the parade pass my by.  Hindsight...there's plenty of time to be old, but not enough time to be young. 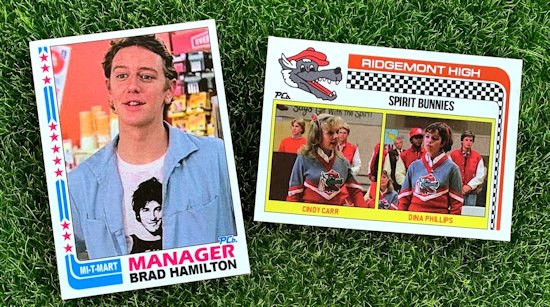 If I hadn't already done a Spicoli surfing card I would have also put it into the All-Star template as well.  But, I feel Spicoli's greatness is represented pretty well in this set.

One thing Series II has over the first Series is dedicated card backs.  I wasn't doing those two years ago.  My goal with the card backs was to stay honest to the '82 Topps baseball but tweaked in slight ways to lend tie-ins to Fast Times. 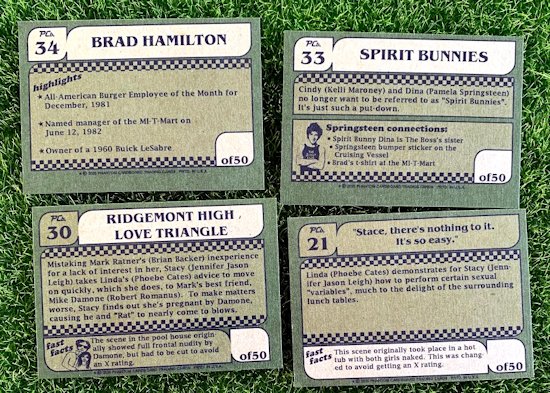 Although the first 20 card mini-set was not numbered, this set picks up at #21 just to make it feel like a true follow-up to the first set.

Posted by phantomcardboard at 8:57 AM