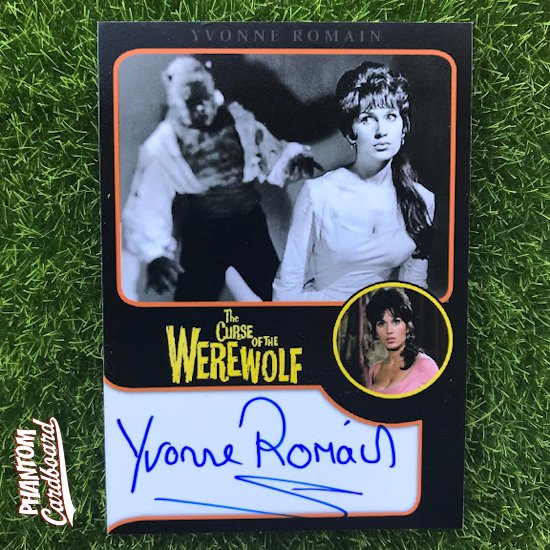 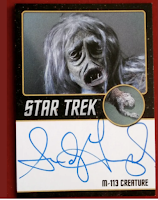 Werewolf to have signed.  I thought briefly about using a 1961 Topps baseball inspired design which is the year that movie was released.  That particular design is kind of plain and I wanted to try something a bit different, more like a modern autograph card.

I had a design in mind from a Star Trek card I had happened upon, but I never saved the image.  I went back on eBay to try to find it but I just couldn't seem to find it again so I recreated the basic look from memory.  I'm not claiming to be a trading card Rain Man, but I was pretty pleased when I ironically found a card from the set again a couple of days after designing mine.  If you're curious it's a Star Trek 50th Anniversary card made by Rittenhouse Archives.

This next card is an image I found while looking for pictures for the Curse of the Werewolf card.  I wanted to also make a card from it.  I messed around with editing the image a bit until I got something that I thought looked pretty cool. 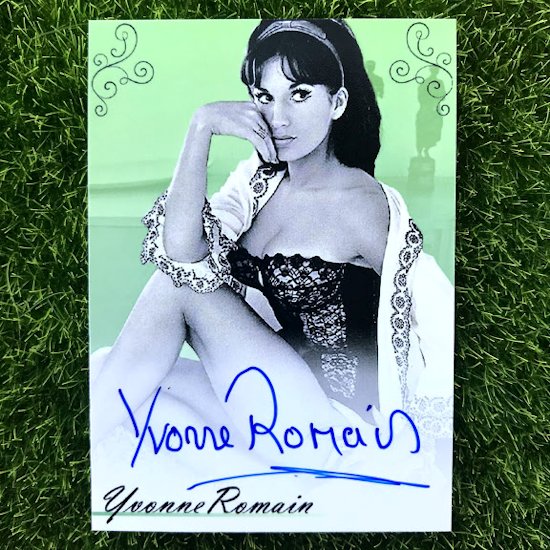 Posted by phantomcardboard at 10:21 AM

Email ThisBlogThis!Share to TwitterShare to FacebookShare to Pinterest
Labels: The Curse of the Werewolf, Yvonne Romain