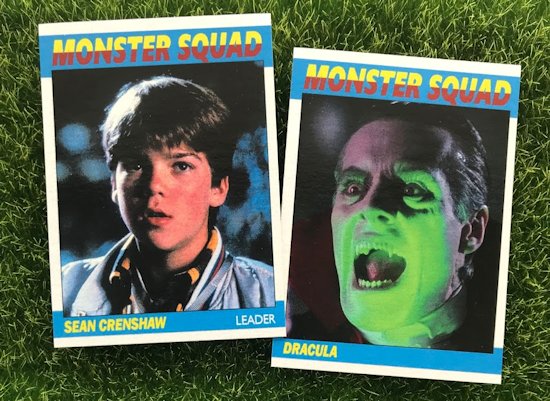 I've been messing with making cards from The Monster Squad for a little while now but never "officially" released them as one of my mini-sets.  I just get sidetracked sometimes.  There's a few movies I've made cards out of that should be a set by now but I get too excited to make new cards that I don't go and revisit those ones. 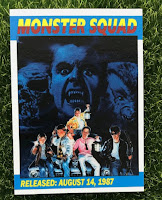 I got an extra urge to make this set when my son took an interest to the movie's VHS cover and wanted to watch it.  He literally watched it 4 times in a row.  Personally I was a little conflicted as to whether that made me an awesome dad because The Monster Squad rules or not so great because the language used by the Squad has aged like a glass a milk left in the hot summer sun.  I split the difference having a little chat about what things we were and were not allowed to repeat.  Hopefully he listens so I don't get taken aside by his teacher when picking him up from school.

After the movie marathon I decided to buckle down and get this mini-set done.  I switched it up a little bit from the original "prototype" cards I did, well they're prototypes now I guess.  Instead of the areas that are grey on the 1987-88 Fleer basketball I switched it up to a blue color drawing a little inspiration from the iconic Monster Squad movie poster.  I usually try to stick closely to the original design I'm using for the cards but I wanted these to have a little uniqueness knowing how beloved The Monster Squad is by my generation. 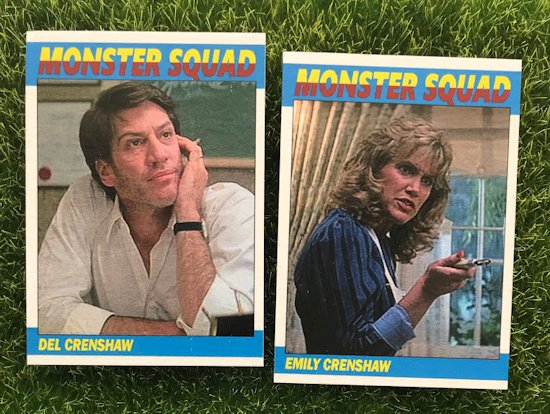 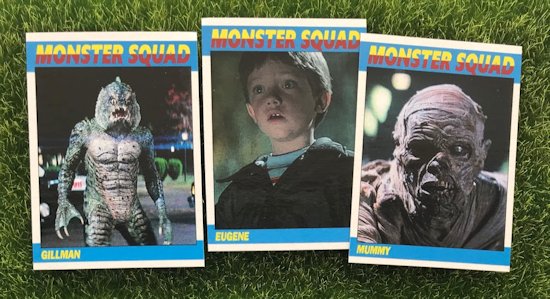 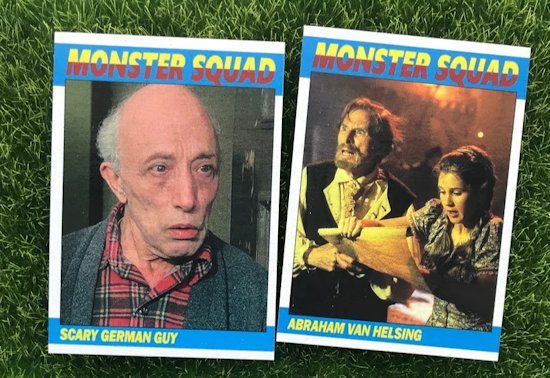 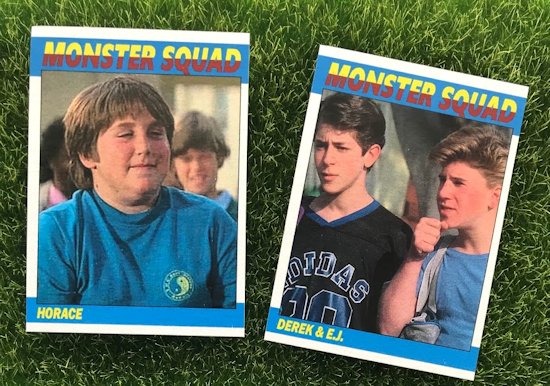 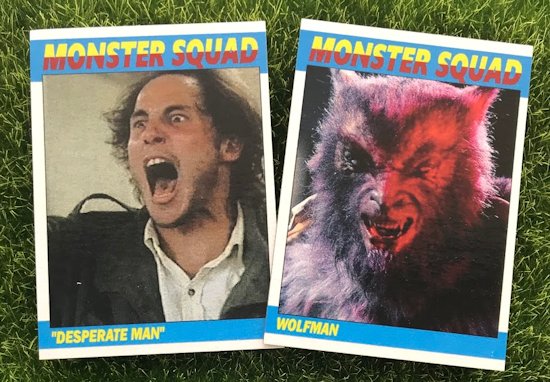 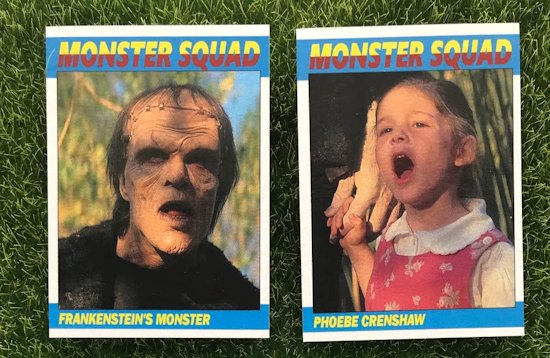 Posted by phantomcardboard at 3:00 PM