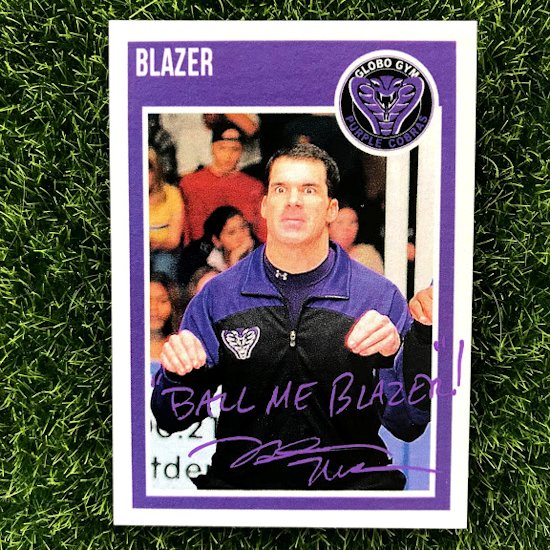 A friend of Brandon Molales happens to follow my Instagram page and he let Brandon know about the Blazer card I did of him as a part of the Dodgeball mini-set I made.  Brandon in turn reached out to me about getting a couple of copies for himself for which he was happy to autograph a couple copies for my personal collection in return.

Brandon  made a suggestion for a card of his character “Kevin Ward” the New York Jets quarterback from Mr. Deeds.  I loved it and was all over that suggestion.  Right away I knew I wanted to use a 1988 Topps football inspired design.  I’d used the League Leaders subset design for my Step Brothers and Dumb and Dumber cards but I’d yet to use the set’s base card design.  The base card really requires it to be a football card with a helmet to best make use of the design which I now had in the Kevin Ward card. 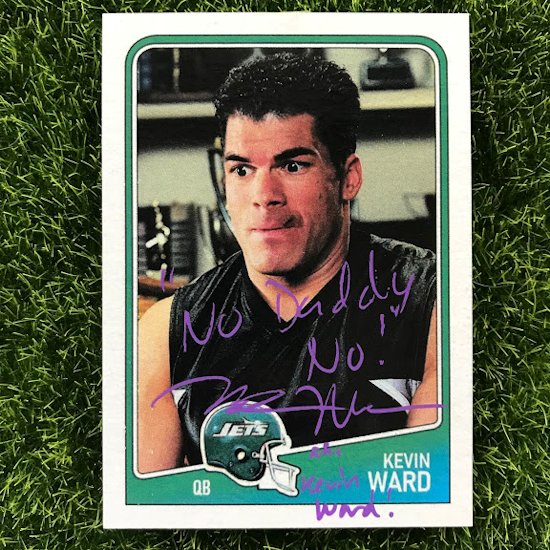 There was also an idea for a card that combines both Blazer and Kevin Ward.  Since I used the ‘88 Topps football for the Kevin Ward card I thought why not use the League Leaders template for the custom card for the two characters. 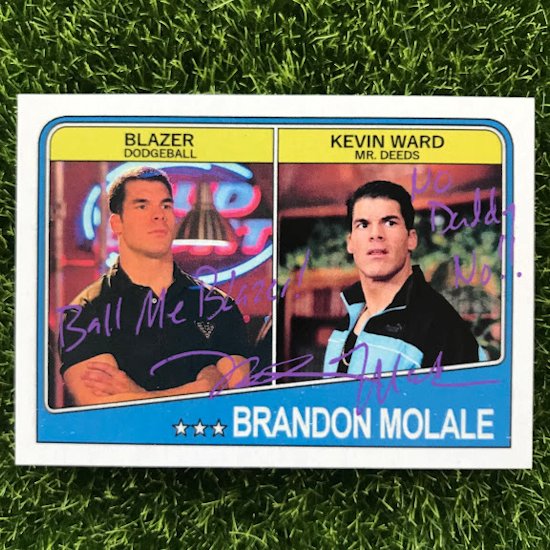 Brandon loved the cards and the inscriptions he put on my autographed copies were really kick ass.  Along with the cards Brandon also gifted me with some custom guitar picks.  That’s his passion, collecting stage used guitar picks.  I thought that was a very cool inclusion.

Posted by phantomcardboard at 3:27 PM