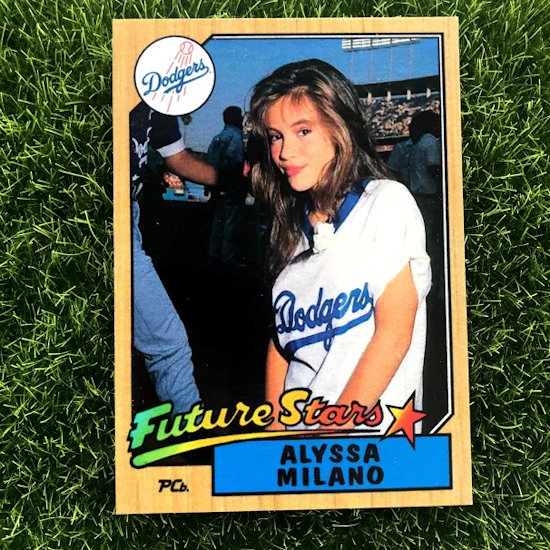 Any male who grew up watching Who's The Boss? at some point developed a thing for Alyssa Milano, I would think anyways.  She was always super cute and continued to blossom into a total knock-out as an adult.

The picture used for this card was taken in 1987 during a (I believe) charity celebrity game at Dodger Stadium.  The card itself of course is done in the style of the 1987 Topps baseball.

With just a little bumping around the internet I found out that to this day Alyssa is still a huge Dodgers fan.  I think she's actually a really big sports fan just in general.  She's got her own line of official team apparel for female sports fans.  Even more reason to stay crushing on her, eh?
Posted by phantomcardboard at 1:41 PM