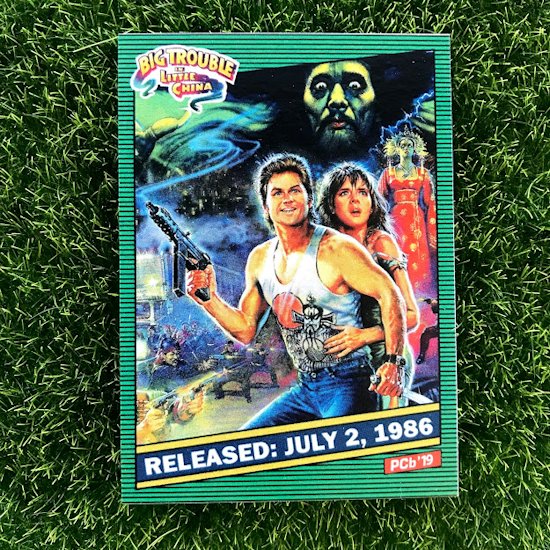 I’ve been wanting to do a Big Trouble in Little China set for quite some time now but I kept putting it off and putting it off.  The reason why is that I knew it would be time consuming.  I knew it would just be a couple of cards because I wanted to do the movie cardboard justice.  I try to make to make the best cards possible not only for my personal satisfaction in a job well done but anyone who may be a fan of the card’s subject.  All of my cards take time to make, but this set a little longer due to the size.   Big Trouble may not have been a box office smash -- grossing about half of what it took to make the movie -- but it’s garnered as big of a cult following as most any 80’s cult classic, especially after being released on VHS in 1996.  I added three new complete revolutions on my tape’s spools while making this set just so I could get down more of what I would call fan-accurate details. 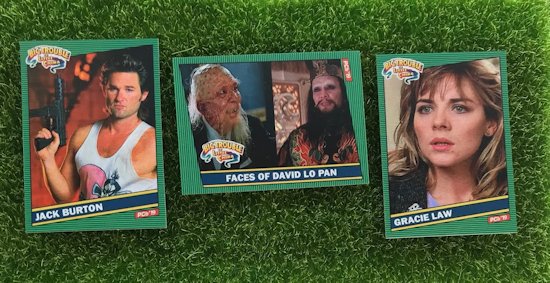 Big Trouble would have been ripe for a card set.  There’s all of it’s colorful characters and scenes that just plain look great as cards.  Director John Carpenter has gone onto say that Twentieth Century Fox never got behind the movie not really knowing what they had with Big Trouble in Little China.  I think a card set could have gone a long way to help capture the imagination of kids who would have bugged their parents to take them to see the movie. 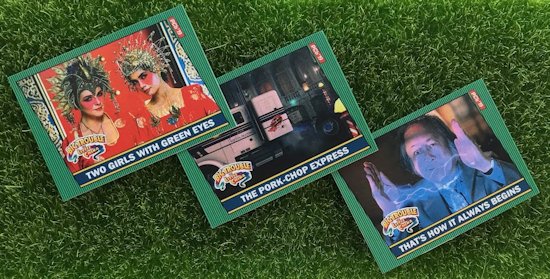 I knew I would be doing more of a storyboard type set than just a principal characters set with Big Trouble.  There’s so many great scenes in the movie that I wanted to include but I kind of had to take what the internet would give me, which fortunately was the majority of what I wanted to include. 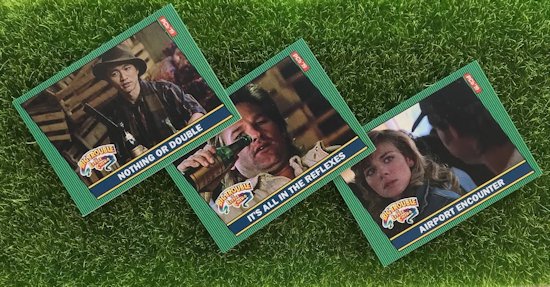 This set ended up being 38 cards that is split evenly into a Series 1 and 2, but it could have easily been double had I come across more images.

When I thought about how I wanted the set to look there really was only one template I seriously considered, the 1986 Donruss design.  I was so pleased with how the design complimented my Wraith and Thrashin’ sets that it really was an easy decision to use it once more, just this time in an all too fitting jade green colored border.

This set features a couple of firsts for a Phantom Cardboard set.  For the first time I finished a set off with a checklist.  The second first is a 6-card puzzle back of the Lo Pan’s catacomb monster.  The puzzle is complete with three cards from the first series and three from the second.
Update: See - Jose Canseco Would Be Proud 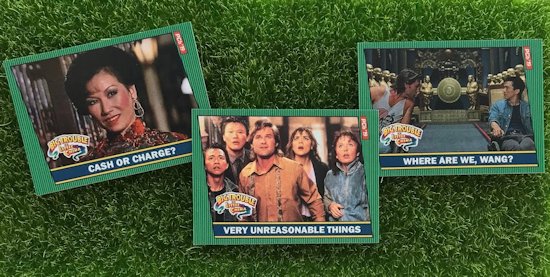 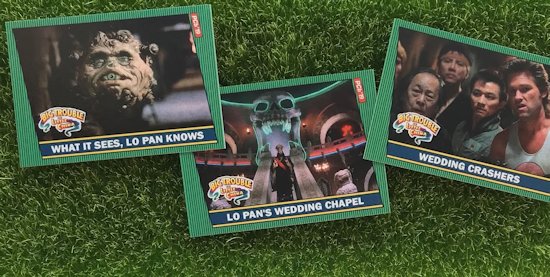 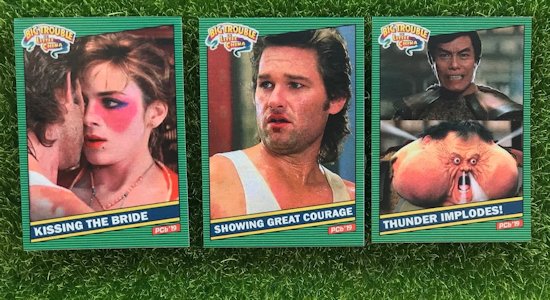 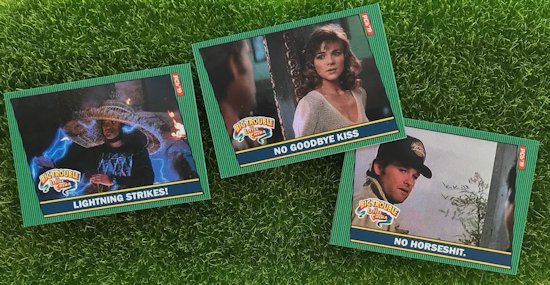 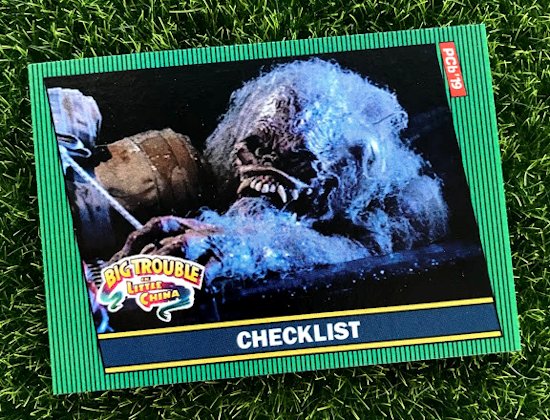 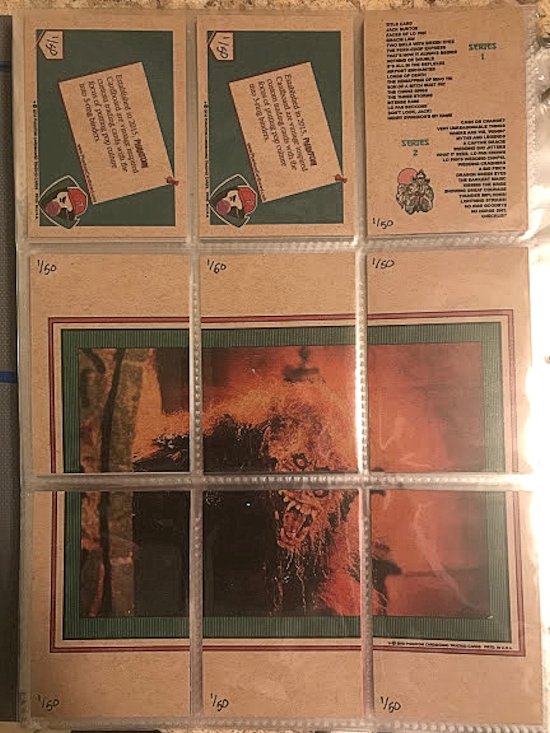 Posted by phantomcardboard at 6:52 PM