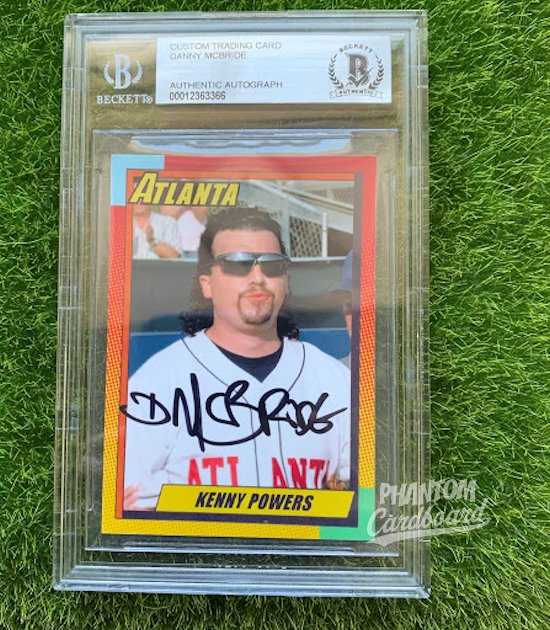 Eastbound and Down is easily one of the funniest shows I've ever watched and that's in largest part due to Danny McBride.  He's just a naturally funny guy.  The show's writing and how Danny delivered the Kenny Powers character as a ridiculous man-child was masterful.  The character does and says some messed up things, but it's hard to dislike him being that he's the type of person that never had to deal with maturation and accountability due to his ability to throw a baseball "faster than f*ck".

Not that long ago I had about ten or so signed cards that I had doubles of certified and encased by Beckett to be able to offer them to collectors.  The double of the card pictured by far and away garnered the most activity.  This one though stays in my personal collection forever.

Posted by phantomcardboard at 12:35 PM