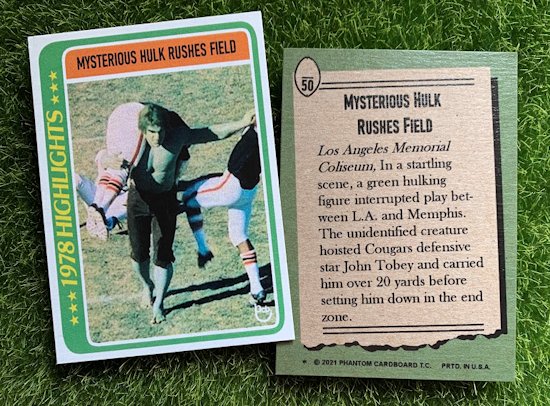 I've mentioned in previous posts how any television show in from the '70s on through to the '90s that was worth its salt had a baseball episode -- which is great for me because those make for fun cards.  Not only did The Incredible Hulk have the prerequisite baseball episode, but there was a football episode too!  That's right, the big green guy was the original Bo Jackon.

The football episode actually came before the baseball episode.  In a Season Two episode entitled "Killer Instinct" David 'Bunett' is working as an ankle wrapper to the fictional Los Angeles Cougars professional football team.  The episode utilizes old footage of Chicago Bears games with the "C" on the helmet doubling for Cougars.  David needs to get help for a Cougar star linebacker who seems to be suffering from CTE which manifests itself on the gridiron in the form out hyper aggression. 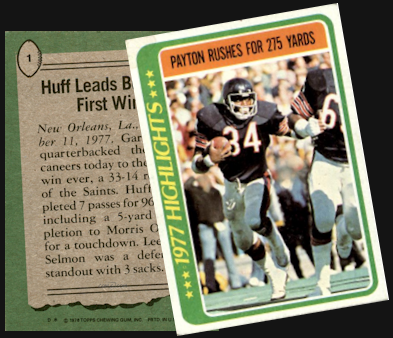 Since this episode came out in 1978 I framed the card in a 1978 Topps football Highlights subset inspired design.  I thought this would be a great fit as an extraordinary event card rather than making a player card since the Hulk wasn't a member of any certain team.  I also liked that the border was green.  Definite bonus for an Incredible Hulk card.