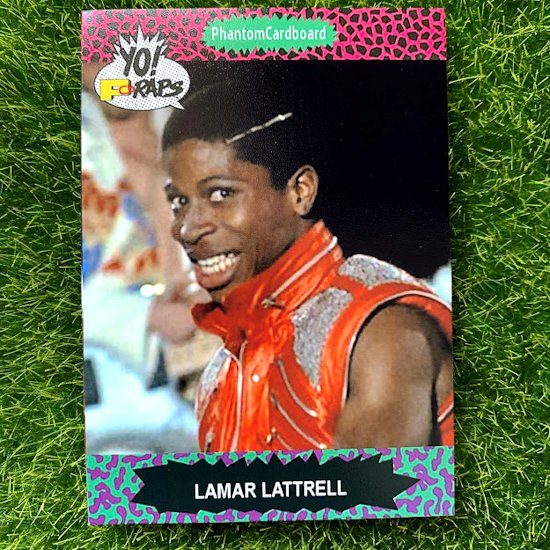 While making the Revenge of the Nerds set I had two cards in mind for the bonus card.  I ultimately chose to go with the Lewis Star Wars card as the bonus card as I thought this Lamar Lattrell 1991 ProSet Yo! MTV Raps style card could work better as a stand alone card.

The Musical Show and Skit Competition was one of the highlights of Revenge of the Nerds.  Lamar killed it.  Now that scene has its own custom card! 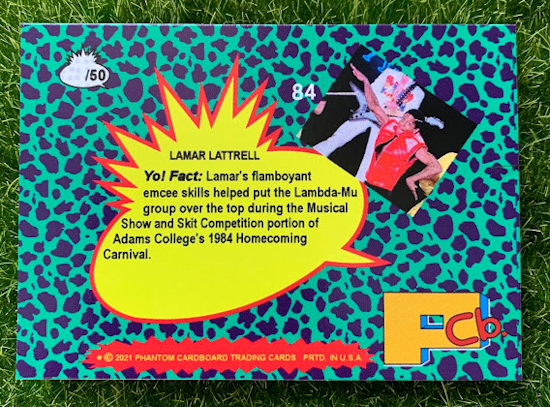 Posted by phantomcardboard at 6:56 AM

Email ThisBlogThis!Share to TwitterShare to FacebookShare to Pinterest
Labels: 1991 ProSet MusiCards Yo! MTV Raps, Lamar Lattrell, Larry B. Scott, Revenge of the Nerds