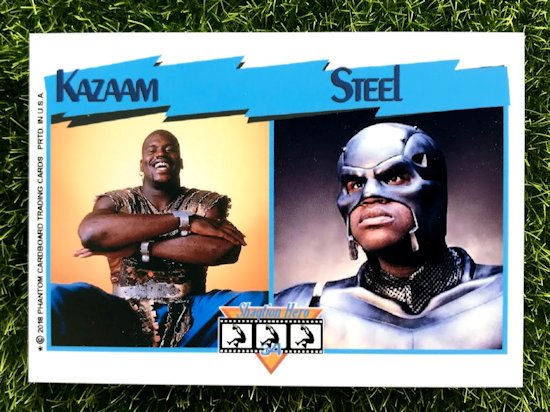 This is a card I made awhile back and just forgot to share it on here.

Unlike most cards that are based on movies I've never seen either of these movies, nor do I plan to.  But, I thought it would make for a fun card having both characters on a card that was inspired by the 1991-92 NBA Hoops League Leaders subset. 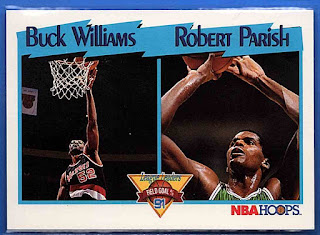 I don't dislike Shaquille O'Neal.  I think he's a pretty entertaining guy.  As a basketball player he was just never a favorite of mine.  I grew idolizing Isiah Thomas so as a fan I was attracted to the finesse players that could make basketball seem like a ballet (think those old NBA Action is fantastic commercials) where as to me Shaq was more like a brontosaurus in a pair of Reeboks.
Posted by phantomcardboard at 3:58 PM