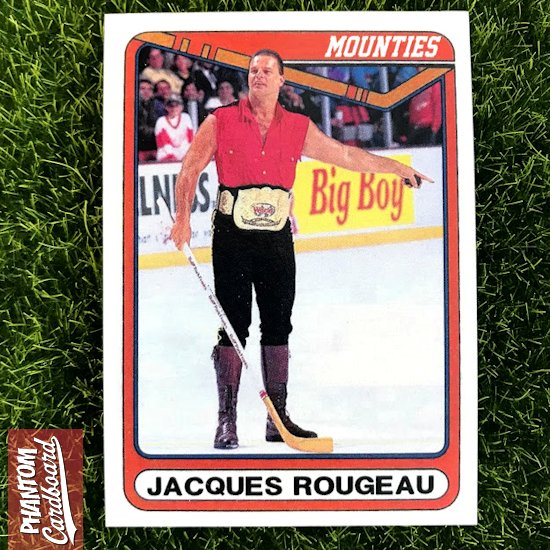 Some of my cards I have an idea for a card and I source out the images for it, others I see an image and want to make a card out of it.  This was the latter.  I saw this picture on one of the the old school wrestling pages I follow on Instagram ... I just can't remember which one.

For any that don't know this is Jacques Rougeau who for a long time wrestled under a Mountie gimmick for the WWF ... errr, WWE.  When I was a kid I didn't care for Jacques because, well, he was a "bad guy" and I was just a dumb little kid.

Not knowing exactly what year the picture was from I chose to plug it into the 1990-91 Topps hockey inspired design I've used a couple times before.  I figured seeing as Jacques started his run as The Mountie is 1991 it was about as good of a choice as any.
Posted by phantomcardboard at 4:11 PM