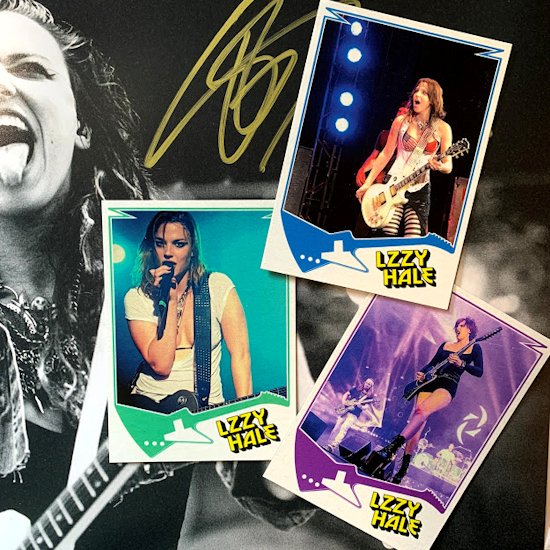 Why I love Lzzy so much is that not only is she a badass but she's also an awesome human being.  I've said for a long time that, to me, Dave Grohl is the coolest guy in rock 'n' roll and I am of the opinion Lzzy is the female Dave Grohl in the way that she's a cool person that just so happens to be a rock star.  Any interview I've read or watched, any fan interaction I've ever read about or seen she's truly a down-to-earth class act. So there's that, which is enough, but I also love the music she and her band Halestorm make and also let's not pretend she's not easy on the eyes. 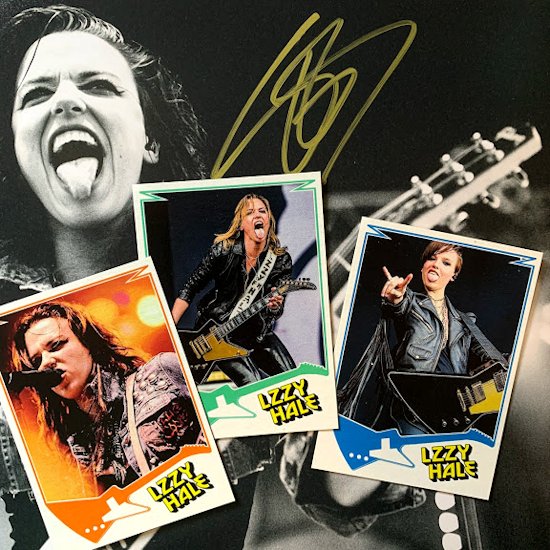 I got it in my head that I wanted to make a Lzzy Hale mini-set.  I originally wanted to make it a 9 card set to display nicely in a 9 pocket card binder sheet.  The problem was I was able to narrow down my favorite 10 Lzzy pics but couldn't leave any one of the 10 off, so... it's 10 cards. 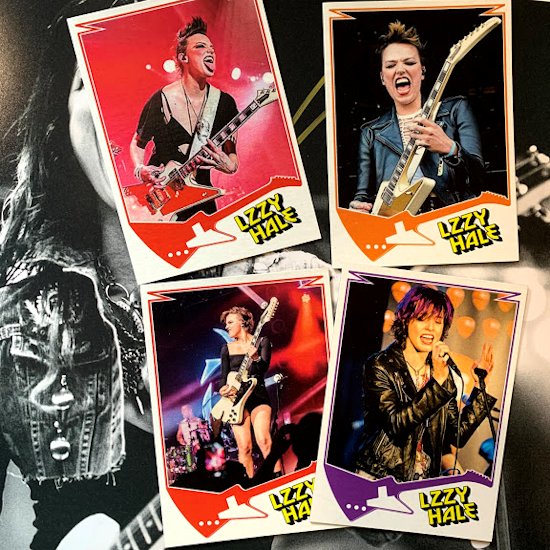 The set isn't a direct homage to a particular vintage card set but it does get some inspiration from the 1978 Donruss Kiss set both at the top of the frame and the font used for the "Lzzy Hale" design in the lower right.  I thought that font would be fitting because to me it resembles the lettering on Lzzy's guitar strap.  I wanted to incorporate Lzzy's signature Epiphone Explorer guitar into the design so I made it a part of the frame.  I was originally going to make all of the frames the same color but as a nod to Lzzy's championing of equality I used 5 different colors and tried to coordinate them to the 10 different photos.

The card back was just something I came up with that I thought would look cool.  It's meant to resemble a rock show marquee.  I filled the marquees with a mix of facts and quotes about Lzzy and Halestorm. 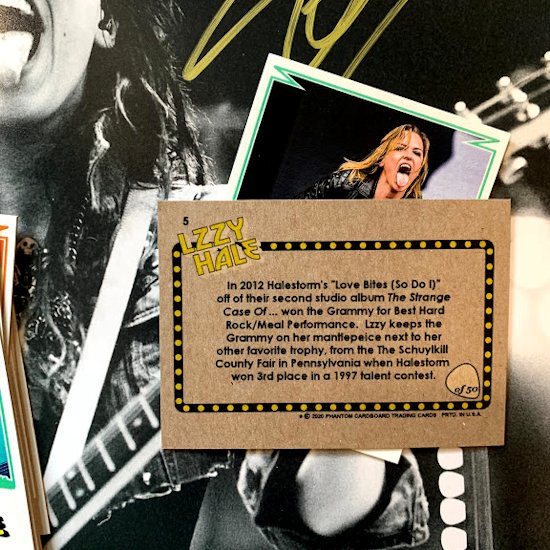 Posted by phantomcardboard at 11:32 AM