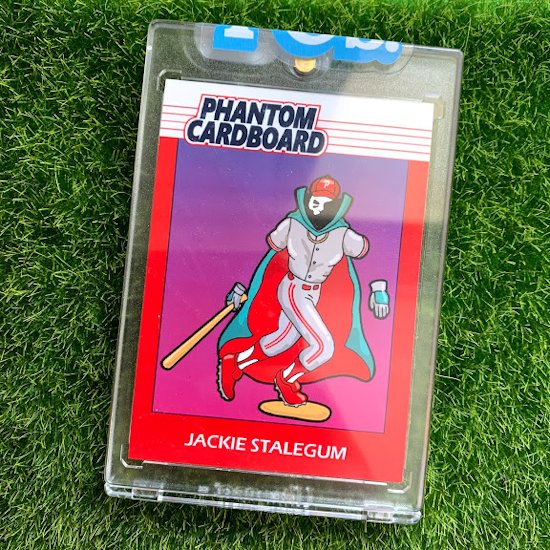 If you collected sports cards during the "junk wax era" then the chances are that you probably had a few of Kenner's Starting Lineup figures on top of your dresser as well.  Like the cards from that era, these nearly actionless figures didn't exactly prove to be the sound investments us ten year olds might have hoped for.

I had a few myself.  I even tried to play with them even though you're pretty locked into the player's one pose.  The head could turn side-to-side and the arms could move up and down at the shoulder and that was apparently all of the articulation Kenner thought would make us mini-consumers happy.

Along with your SLU figure Kenner would also include a card in the toy's blister pack to collect (sometimes also a coin or folded up poster).

To pay homage to the 4" tall plastic sports heroes I teamed with the talented artist Dave Houle to create the brand's third Jackie Stalegum card.

The illustration is molded after the 1989 Don Mattingly figurine, while the card is representative of the cards that came in the inaugural baseball set in 1988. 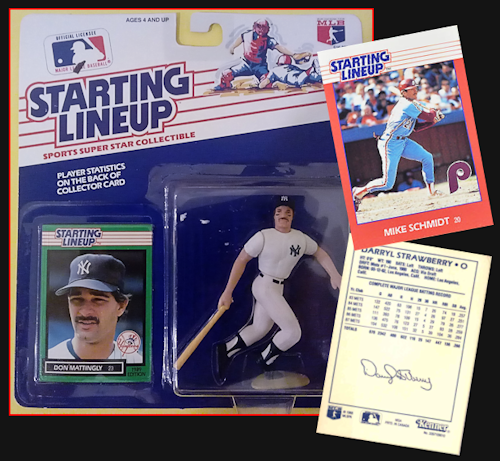 I put together a little Phan Pack for this card.  It'll include:

FUN FACT: Pat McInally, a former NFL player for the Bengals, came up with the idea for creating the figures.


Posted by phantomcardboard at 10:01 AM