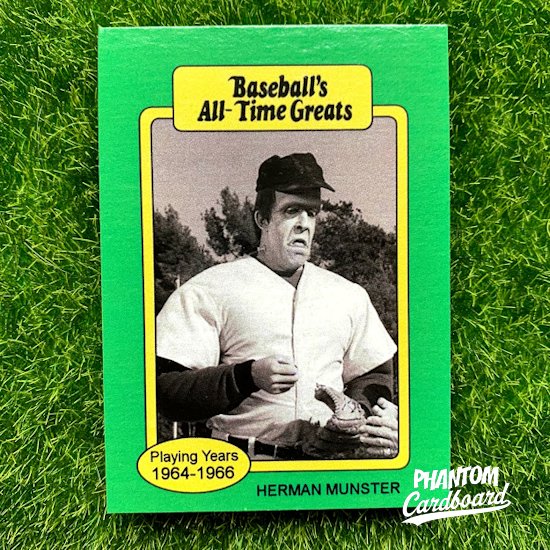 As I've written about in the past it seems like nearly every television series that was worth its salt had a baseball episode.  The newest card comes from one such episode from the 1960's monster sitcom The Munsters.  Although the original air dates were a bit before my time I got to see my fair share of episodes with the show staying in syndication for a good long time.

The design inspiration for this card is the 1987 Hygrade All-Time Greats set.  I remember getting this set as a gift as a kid.  I don't remember which relative got me it but I do seem to recall they came in a blister pack.  I really liked these cards when I got them.  I actually thought I had cards of guys like Mickey Mantle, Yogi Bear and Jackie Robinson.  I wasn't wise enough to realize that they were just reprints.

All of the cards listed the players playing years.  For Herman I chose 1964 - 1966 because it's the years that The Munsters originally aired.  The backs of the '87 Hygrade's would summarize the baseball legend's career.  For Herman's card I give give you the plot line of the episode, the baseball portion at least. 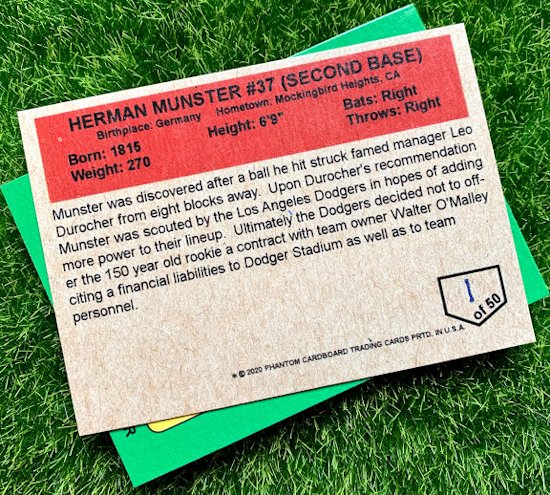 Posted by phantomcardboard at 2:05 PM