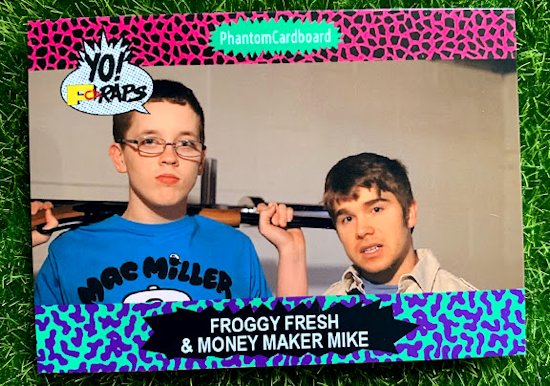 Back in 2012 Froggy Fresh (then known as Krispy Kreme) and his pahtna, Money Maker Mike, took the internet by storm with the video to the song "The Baddest".  I guess you could call it comedy rap?  They then followed that up with video after video that expanded the Froggy Fresh universe.  I was hooked from day 1.  The Froggy Fresh character is so well done that it had a lot of people wondering if it was actually a character or not.  The musical value is well produced and the story telling draws you in and keeps you entertained.

Unfortunately the guy behind Froggy Fresh has since retired the alter ego.  Fortunately, he still puts out music on YouTube under his actual name, Tyler Cassidy.  His newer stuff is still as funny but the genre has changed into a more soulful crooning style of music.  No elaborate videos either.  Just Tyler at a piano.  But it's still good stuff.

I did two cards for Froggy and Mike.  Of course I had to pay tribute to the video that started it all and that went into the 1991 ProSet Yo! MTV Raps inspired design. 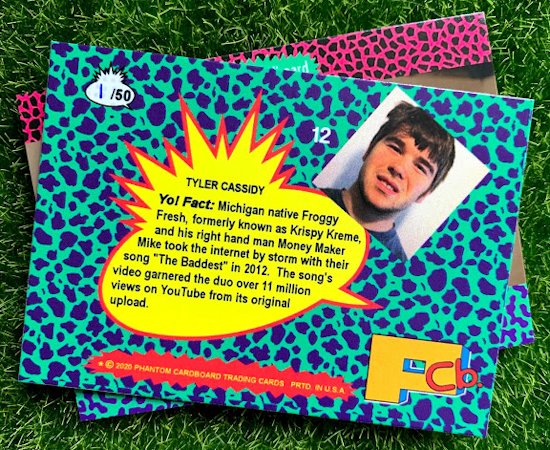 I also made a card from my personal favorite from the Froggy Fresh catalog which is his song "Dunked On" using the 1980-81 Topps basketball inspired design.  This design is one of my favorites to use.  I really like making cards that feature multiple pictures on them. 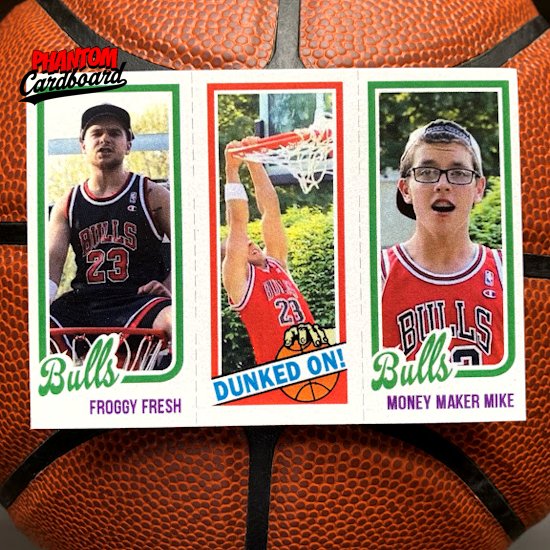 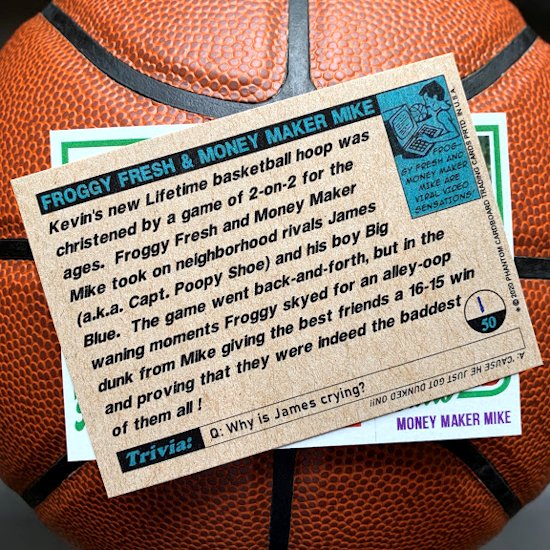 Posted by phantomcardboard at 1:49 PM