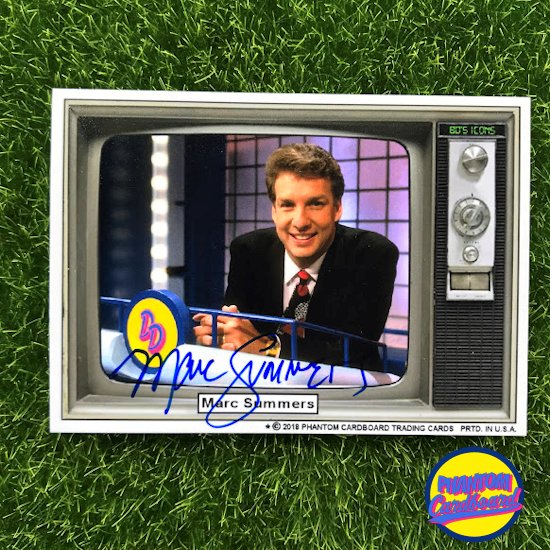 There's a few celebrities from the 1980's that I've been wanting to make cards of in an effort to get an autograph but I just couldn't come up with cards that made sense to me utilizing vintage sports card inspired design.  So what I set out to do was come up with an original design that I could make a set from that consisted of different personalities from the '80s.

I wanted it the template to be versatile so I could plug in personalities from all different areas of entertainment.  Then it dawned on me where was the one place that a kid in the '80s could be exposed to everything that would help shape their childhood ... on television!  Movies, music and more.

It did take slight inspiration from a vintage baseball card set.  This is in a way the 1955 Bowman baseball set brought into the '80s.  The television frame looks a lot like the one my brother and I had in our room where we would play 8-bit Nintendo and watch shows like Funhouse and Chip 'n Dale: Rescue Rangers.  Although we wouldn't necessarily have seen Double Dare in our room as he only had a rabbit ear antenna.  Only the living room had a cable box. 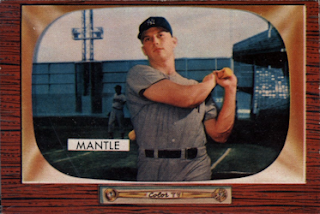 I'm pretty happy to have started off this set with an autograph from legendary Double Dare host Marc Summer's autograph.  Now that they've relaunched Double Dare it's something my kids can now watch while I tell them how it used to be so much better back in my day.

Going forward I'll be updating this set with more 80's Icons.  It's going to be mostly the ones that aren't all that well represented in trading card form.  That's not to say that I won't eventually add a Madonna or Michael Jackson, but just not right away.
Posted by phantomcardboard at 12:25 PM