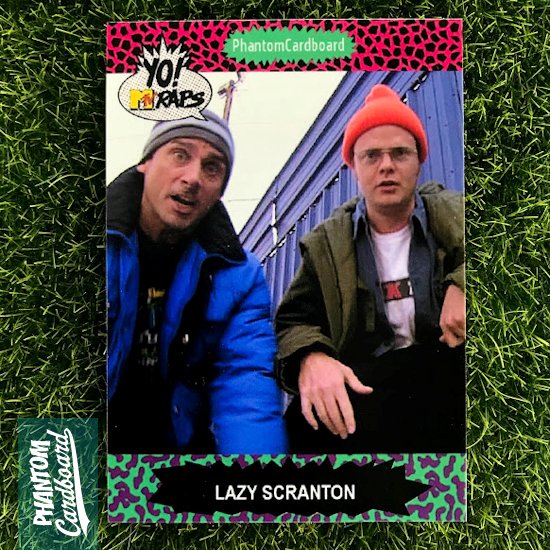 I wanted to do another card from The Office so I started thinking about different episodes and what ridiculous Michael Scott exploit would make for some tasty Phantom Cardboard.

There's an episode entitled "The Merger" where the Stamford Dunder Mifflin branch is merging with the Scranton office.  Michael and Dwight make an orientation rap video for the benefit of the  Stamford transfers.  The video parodies SNL's "Lazy Sunday" skit.

This makes a great addition to the growing 1991 Yo! MTV Raps set.
Posted by phantomcardboard at 6:26 AM