Started From The Bottom? 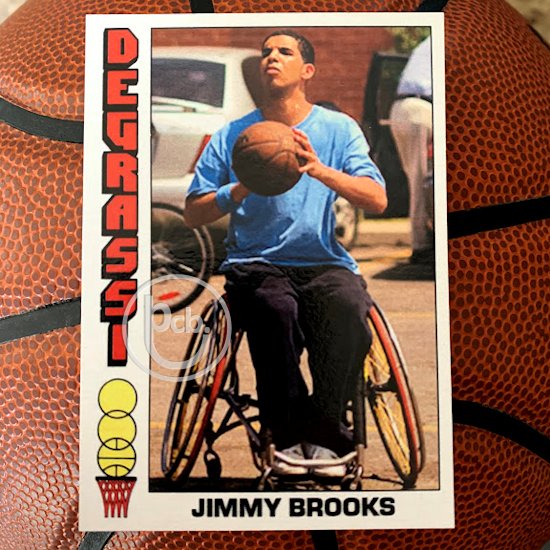 Unlike most things I've made cards of, I'm not a really big fan of Drake.  I admit he makes catchy songs but to me he's one of the faces of today's hip-hop genre which, as a whole, I don't care for.  It does not hold a candle to the hip-hop I grew up with. /oldmanrant

For those that may not know, before the rap-singing Drake, a.k.a. Aubrey Graham, starred as Jimmy Brooks on the Canadian teen soap Degrassi.  The character was wheelchair-bound after the storyline had him shot in the back.

This card is a bit cheeky but wasn't all that hard to make since I already created the template for my Beastie Boys card, so why not?

Posted by phantomcardboard at 6:54 AM