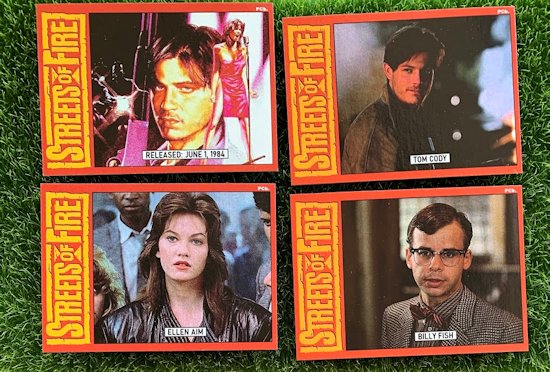 Streets of Fire is actually one of the oldest movies I have memories of watching as a kid.  A few things about it from then that are vivid still; the fact the Willem Dafoe's "Raven" character scared the crap out of me as well as how frightening the idea of a sledgehammer fight was.  Another thing that stuck with me too was the love of the song "I Can Dream About You" by Dan Hartman.  It's a great song.  Some songs become synonymous with movie's that they're a part of and for me I can't hear "I Can Dream About You" without thinking of Streets of Fire.  And that was the motivation for me to make this set.  I heard that song and started thinking about this movie and wondering if it would make for a good card set. 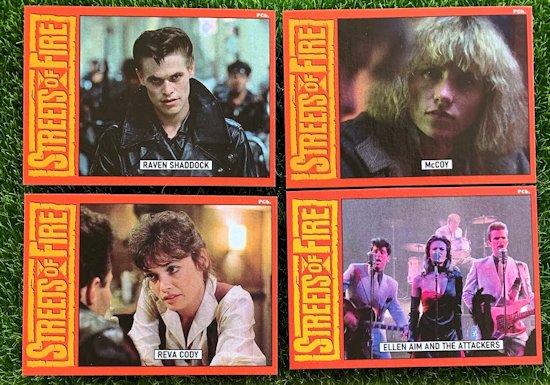 I pictured in my head just about all the card sets both sport and non-sport that came out in 1984, and I just couldn't see any of them really lending themselves all that well to this movie.  I decided that being as visually stylish as Streets of Fire is that it could really use a design of its own.  I challenged myself to come up with a design I could see this movie going into had a set been made. 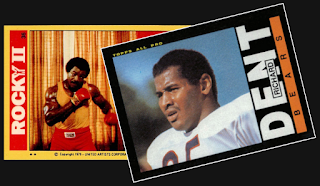 What I came up with was a design that was a hybrid of two sets in particular, 1979 Rocky II and 1985 football, both from Topps respectively.  I've been wanting to make a set with a red border and I think this was the right one to do it with.

The card back is a also a custom-custom.  I used an alternate poster art for the title card because I wanted to incorporate the film's more recognizable movie poster art on the card backs. 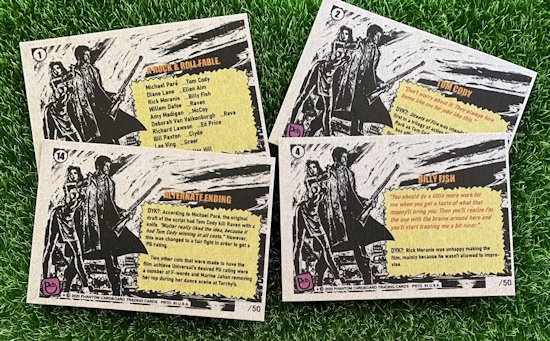 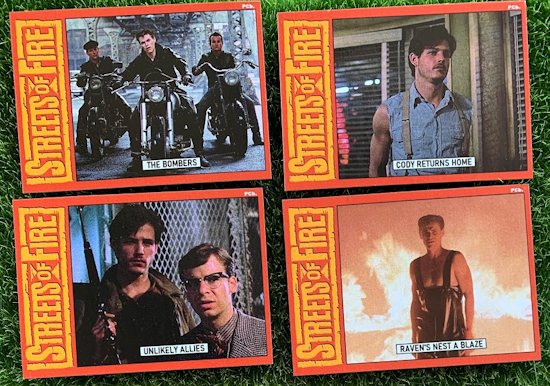 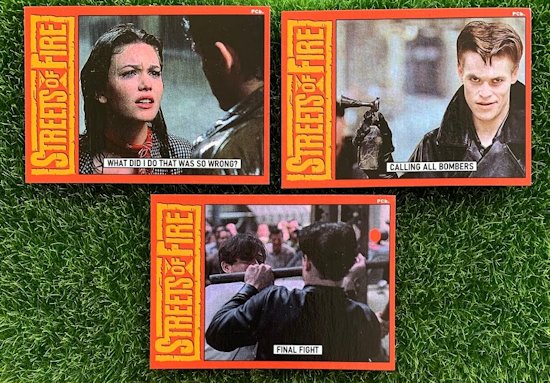 Posted by phantomcardboard at 9:18 AM