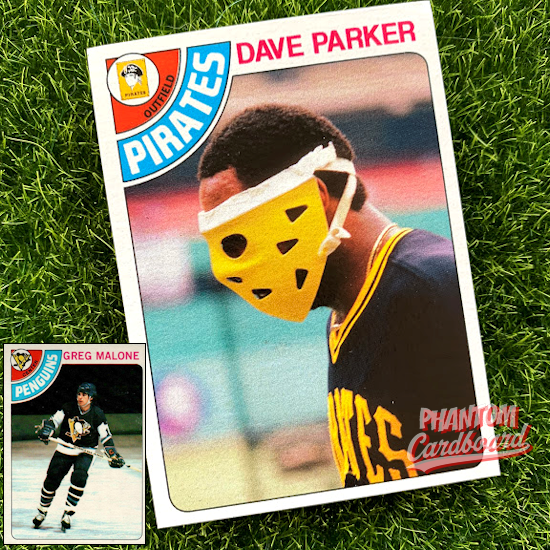 In 1978 for one at bat, in one game, the 6'5 , 230 lb. Dave "The Cobra" Parker wore a hockey goalie mask for what has to be the most menacing sight ever witnessed inside a ballpark.

From the back of the card:

lineup well ahead of schedule to take on the Padres.  To protect his

store.  Parker cut, painted and padded the mask himself to fit the contour

of his face.  Perhps intimidated by his appearence, the Padres intention-

ally walked him that day.


I though it would be a cool idea to put the image of Parker in the goalie mask on a 1978 Topps style hockey card.  I thought it made the most sense to go with the color scheme used on the Penguins' cards for '78. 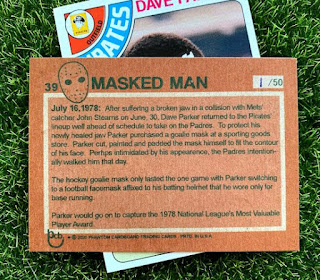 Posted by phantomcardboard at 8:32 AM